Mumbai: Rishi Kapoor is again in news for something that he does always- unabashed replies to trolls or online criticism. The actor has now abused a woman on Twitter, who was trolling him.

It all started when Senior Kapoor posted a quiz asking his followers to guess what is common between him and Karan Johar.

While some gave the right answer, others trolled him. Instead of ignoring them, the 64-year-old messaged them personally and abused them.

While many started criticising the actor, a woman claimed that this is not the first time he is using curse words. She posted the screenshot of the message received from Rishi Kapoor which she deleted later.

Here is Kapoor’s abusive message to the woman and her response to it: 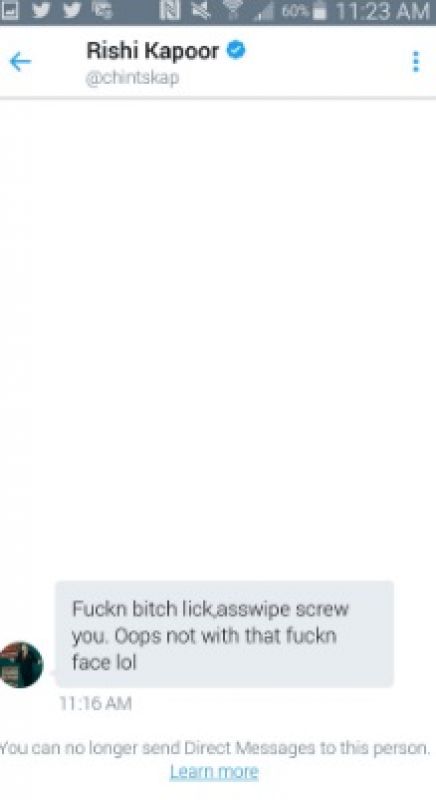 ■Sanjay Dutt once rushed to Rishi Kapoor’s house to beat him up over a woman?
■India should have two time-zones to save working hours: Rishi Kapoor
■Big B got best written roles; Shashi, Dharmendra, I got sidelined: Rishi Kapoor
■When Rishi Kapoor went on a tea date with Dawood Ibrahim