Watch: Priyanka Chopra admits she has been in a love triangle!

Priyanka, who has always been tight lipped about her love life, spoke about being in a love triangle.

Priyanka Chopra, who is very busy shooting for her Hollywood projects ‘Baywatch’ and ‘Quantico’, stopped over at the Kelly and Michael show to promote her hit television show. At the morning show, PC opened up a little about the show, her time at the Oscar and her love life.

The actress, who has always been tight lipped about her romantic life, spoke about being in a love triangle! No, it’s not about those nasty ‘affair’  rumours that were doing the rounds a while back, but about her childhood crush.

Priyanka, who pursued her high school studies in the US, said that she tagged along with a boy (who liked her) to prom, only so that she could meet her crush at the dance. 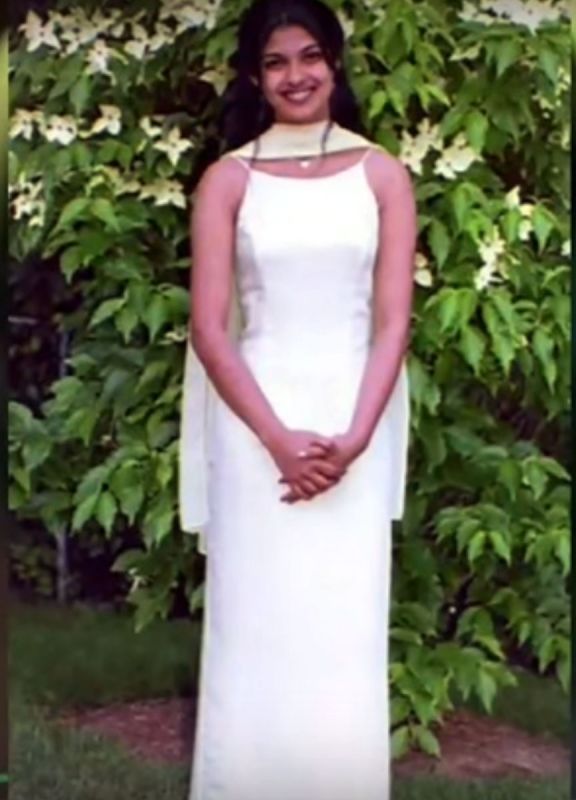 A flashback photo of Priyanka Chopra in a white gown, all set for prom.

Priyanka said, "It is terrible. I had a crush on this guy who was a junior. And then there was another guy who had a crush on me. He asked me to the prom and I agreed only so that I would get to meet my crush at the prom. I was mean, but now I know better."

The actress also shared a flashback photo of herself in a white gown, all set to go to her school prom. Priyanka became the second most Googled celebrity at the Oscars, after Leonardo DiCaprio, for her stunning appearance in a white Zuhair Murad gown and $8 million worth jewellery.

Heads up Montreal! PC is back in town and all set to shoot for the second season of ‘Quantico’. The show, which has gone on to become a massive hit, will be up for its second season later this year. The show will air the second part of its first season in the coming week.

Say no to the bad guy