Om Puri had numerous releases in 2016.

Mumbai: Veteran actor Om Puri passed away after suffering a cardiac arrest at his residence on Friday morning. He was 66 years old. 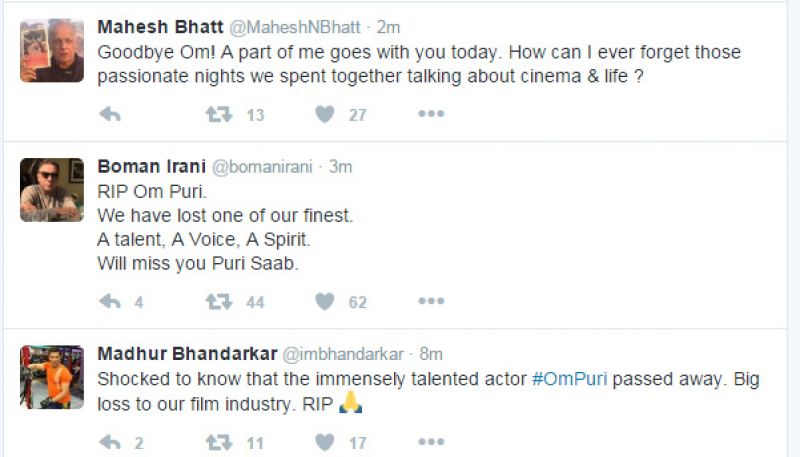 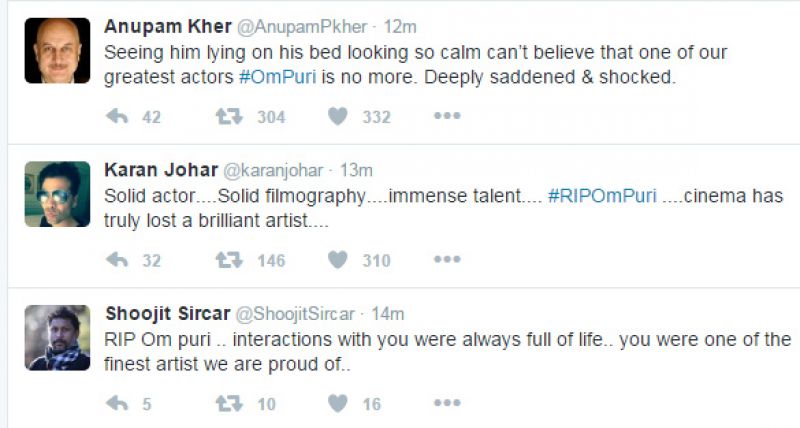 The actor had featured in numerous films since his debut in the ‘70s. Puri also appeared in films down South and other languages and was one of the few actors to have also acted in several Hollywood and Pakistani projects.

Puri had acted in films of various genres over the years like drama, comedy, among others.

He was a recipient of the Padma Shri in 1990 and won many awards over his illustrious career. Particularly, he won national awards for the films 'Arohan' and 'Ardh Satya'.