So cool! Shah Rukh Khan's adorable little AbRam gets his own tree house

The tree house has been designed by Sabu Cyrill.

Mumbai: There’s not denying the fact that SRK’s youngest son AbRam is the most pampered one. The actor himself has time and again mentioned how much he loves to spoil his little cute adorable son by showering him with love and affection.

SRK has also mentioned in few interviews that AbRam’s personality is completely different than his elder song Aryan and daughter Suhana Khan, as Aryan preferred being on his own, doing his thing while growing up, whereas Suhana was always a little shy.

So AbRam, who is peppy and always on the move and ready for new adventure, lets SRK see the world differently and often accompanies him as he sets off to shoot for his films.

Now Gauri Khan, interior designer, gifted a beautiful tree house to her little bundle of joy, AbRam and by the looks of it, he absolutely loves it!

Queen Khan took to her Instagram account where she shared the pictures of the new tree house which is designed by Sabu Cyrill. 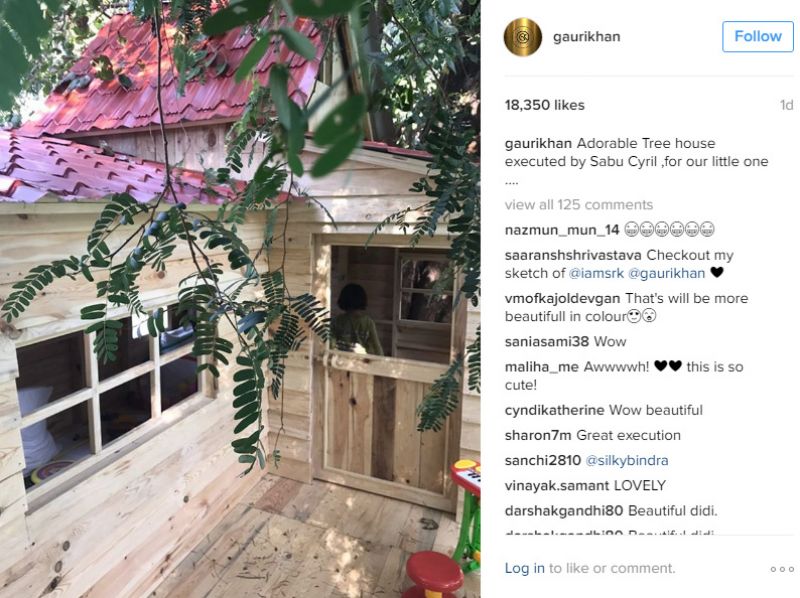 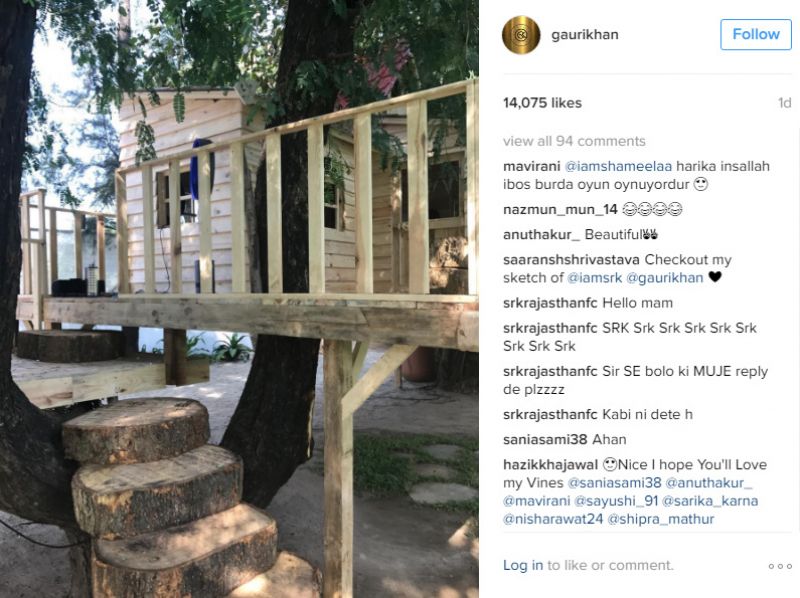