Won’t be fair to compare Sara and Janhvi: Karan Johar

With Rajni and Akshay Kumar starrer film 2.0 making a mark at the B.O., this year seems to be a fortunate one for Dharma Productions. For Karan Johar who was associated with 2.0 and now with Rohit Shetty’s most commercial film of the year, Simmba, there seems to be no looking back.

However, he would be put in a tough spot at the upcoming annual awards season.  It is known that Karan is close to Janhvi Kapoor who debuted this year with Dhadak, and Sara Ali Khan who is all set to debut with Kedarnath and is also the leading lady in Simmba. But who out of the two, does he think will be scoring most of the debutante awards? 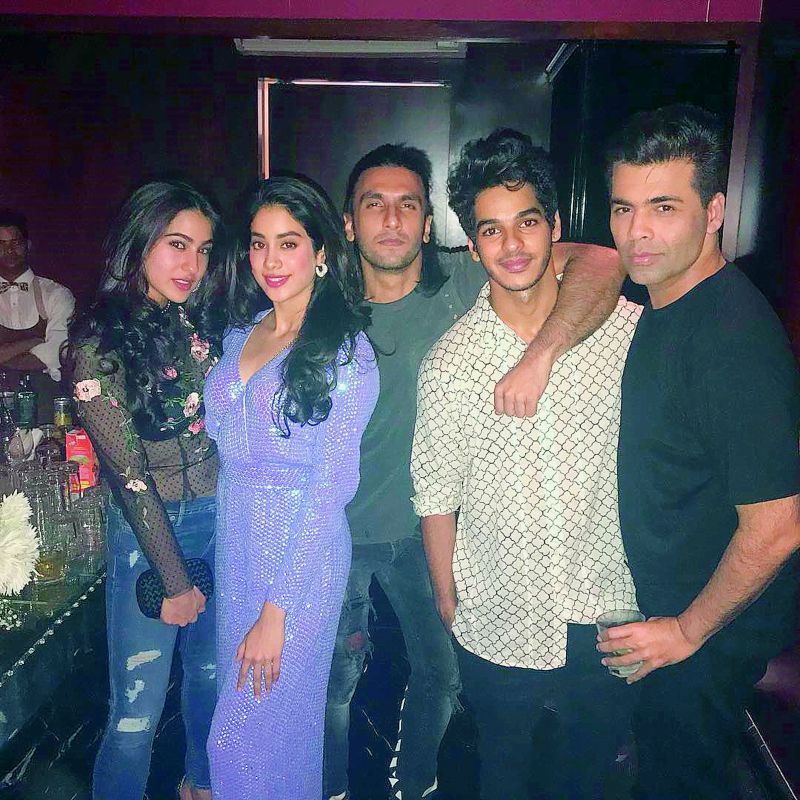 Navigating the situation, with a rather diplomatic and witty answer, he says, “The two girls are merely 21 or 22 years old; if we start comparing them at this stage then it won’t be fair. Both of them are wonderful, beautiful and have worked very hard. Really, from within my heart, I say awards do not matter, the love of the audiences is what matters the most.” Although, he agrees that receiving an award at this particular time will matter a lot and the moment will be quite precious for whoever receives it.

Karan also believes that it will be their talent that will decide the fate of the actresses in the long run. “At this phase of their life, their career is more important for them, and it’s for them to be able to showcase their talent to the best of their ability to shape their career in their favour,” he concludes.