Kedarnath to give 2.0 a run for its money

Thanks to the presence of debutante Sara Ali Khan and a powerful provocative inter-religious love story as its plot, Kedarnath is all set to get an impressive opening this Friday.

Thanks to the presence of debutante Sara Ali Khan and a powerful provocative inter-religious love story as its plot, Kedarnath is all set to get an impressive opening this Friday.

Sources in the know say the beleaguered project that was embroiled in a producers’ conflict has shaped into a love-during-the-time-of-cataclysm tale of epic proportions. The producer, RSVP and director Abhishek Kapoor are expecting a heartening opening in spite of Rajinikanth and Akshay Kumar’s stronghold over the box office with 2.0 which opened last Friday. 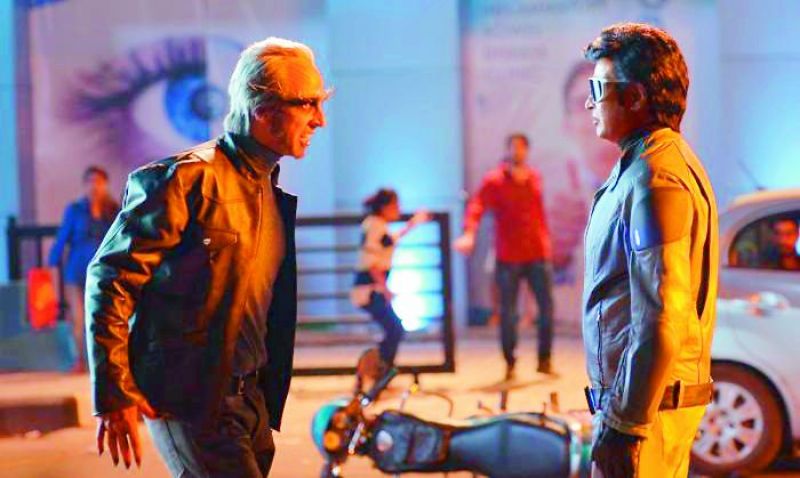 A source from a leading multiplex chain says  they expect a sizeable drop in the 2.0 collections in the coming days. “By the time Kedarnath opens on Friday, screens and the audience should be satiated with 2.0.”

Film and trade business analyst Girish Johar says, “Kedarnath has got a very interesting backdrop of the love story set in the northern hills of India and one of the most sacred places in the country. It’s a fiction-based love story on the actual cloudburst which led to flooding there. Sushant Singh Rajput is a fine actor and Sara is a budding new star on the horizon, and with decent music I feel the film should open anywhere near five to six crores on day one. Thereafter, the content and word of mouth will drive it accordingly into the weekend.”

Trade analyst Amod Mehra adds, “Opening of the film should be around seven-eight crores. In the industry, you are known by the last film and both the director as well as the hero had given big flops previously. Despite that thanks to the curiosity of Sara, the film’s opening can be decent and earn seven to eight crores on day one.”

Trade expert Atul Mohan draws attention to the new controversy the film is getting embroiled in.

“The film has gone through various ups and downs right from its inception. And now when it’s finally on the verge of release we are hearing a new controversy of ‘Love Jihad’ arising. In a way, all these controversies add to the audiences’ curiosity. The film is a debut vehicle of Sara and she is making all the right
pre-release noise with her confidence. Looking at all this I think an opening of six to seven crore should be on the cards.”