Mumbai: While supporters have been clamming up outside Apollo hospital to ensure J Jayalalithaa recovers, celebrities have been taking to their social media feeds to wish the Tamil Nadu CM a quick recovery after she suffered a cardiac arrest on Sunday.

The 68-year-old former actress has been put on extra-corporeal membrane oxygenation (ECMO), a heart assist device, and was under the watch of experts, including cardiologists. 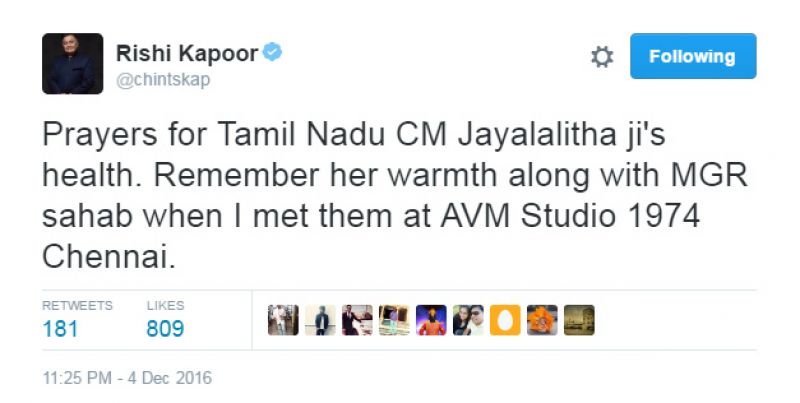 Jayalalithaa was admitted to the hospital on September 22 after she complained of fever and dehydration, and later treated for infection and respiratory problem.