Hrithik looks fierce in this new poster from Kaabil

Mumbai: Hrithik Roshan is gearing up for his next release 'Kaabil,' opposite Yami Gautam, and is leaving no stone unturned to promote his film.

The 42-year-old is also utilizing social media to its full extent as he shares yet another gritty poster of the film. 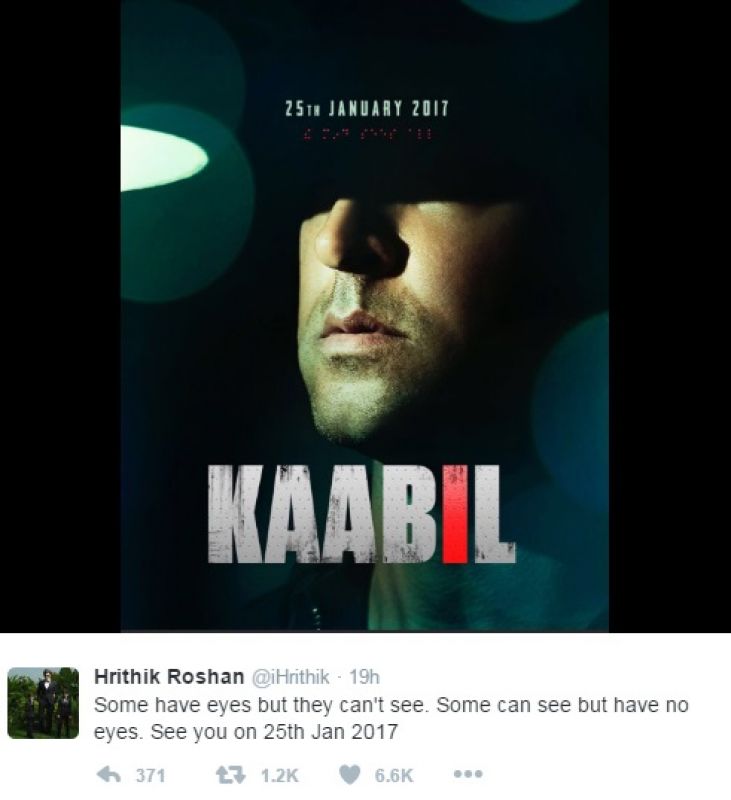 Both the actors play a visually challenged couple in the revenge thriller and hence Hrithik gave the post an intense caption.

On a related note, ' Kaabil' will hit the screens a day before its initial release, keeping in mind the box office clash with Shah Rukh Khan's 'Raees' that will be released on January 26.

■Rakesh Roshan to release Hrithik's Kaabil a day before Shah Rukh Khan's Raees
■'Why would SRK restrict business of his film?: Sanjay Gupta on Raees-Kaabil clash
■Farhan Akhtar does not want Hrithik Roshan’s ‘Kaabil’ to do better than his ‘Raees’
■Rakesh Roshan unfazed about Kaabil and Raees clashing
■Hrithik Roshan talks about why 'Kaabil' is a special film