Reports of Manish being miffed with Anushka for not giving him credit for her outfit in an 'Ae Dil Hai Mushkil' song had surfaced some time back.

Mumbai: Manish Malhotra turns 50 on Monday and one of the most popular fashion designers in the film industry is all set to celebrate the milestone with a grand bash. His close friend Karan Johar has personally taken over the organisation of the bash and even designed a special ‘gold’ invitation card for it. 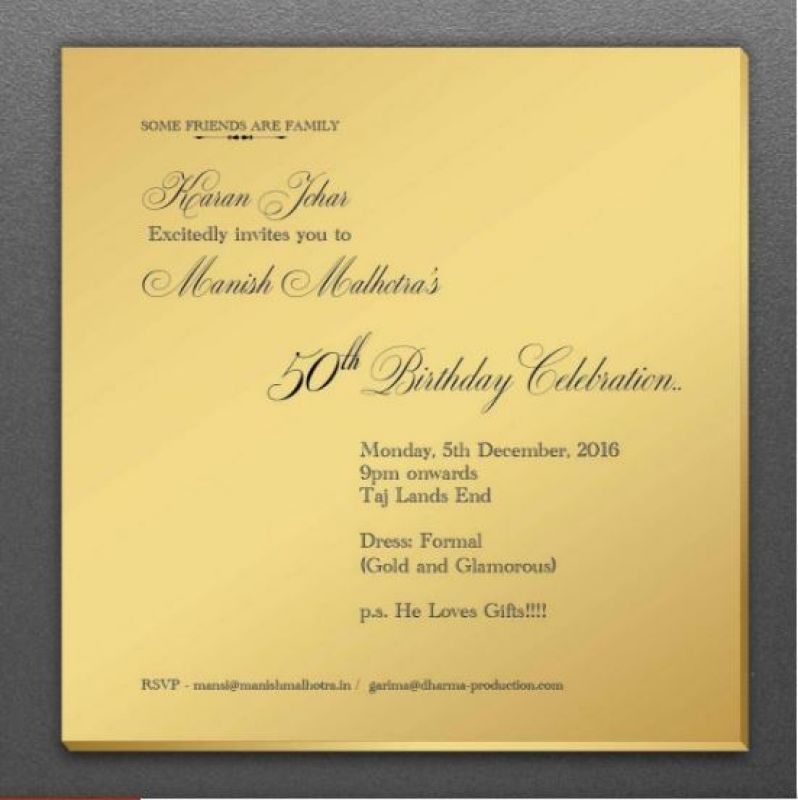 The bash is likely to be attended by the who’s who of the industry on Monday.

And according to sources, Anushka Sharma will be one of the performers at the event on Monday. We had seen pictures of Manish pulling Anushka’s ‘pallu’ while enacting a romantic scene on the sets of ‘Ae Dil Hai Mushkil’ and that shows the friendship that the duo shares. Anushka is apparently going to perform to ‘The Breakup Song’ from the same film.

Considering the number of actresses Manish has helped in looking beautiful on screen, we can definitely expect some more sizzling performances.