Shah Rukh Khan wakes up like a star, ready for punk rock fest

Mumbai: Shah Rukh has been shooting for Imtiaz Ali’s film opposite Anushka Sharma tentatively titled ‘The Ring’. While pictures of the shoot of the film in Prague, Amsterdam and Lisbon have been doing the rounds on the internet , Shah Rukh has also shared interesting pictures and videos on social media, some in which he is enjoying his own company and some where he is having fun with his son AbRam, Anushka, or the cast and crew of the film.

He has now shared a fun picture of his hair when he wakes up. Shah Rukh has given it an interesting caption, talking about how he is a ‘star’ as his pillow styles his hair when he sleeps, making him look like he's getting ready for a punk rock festival. 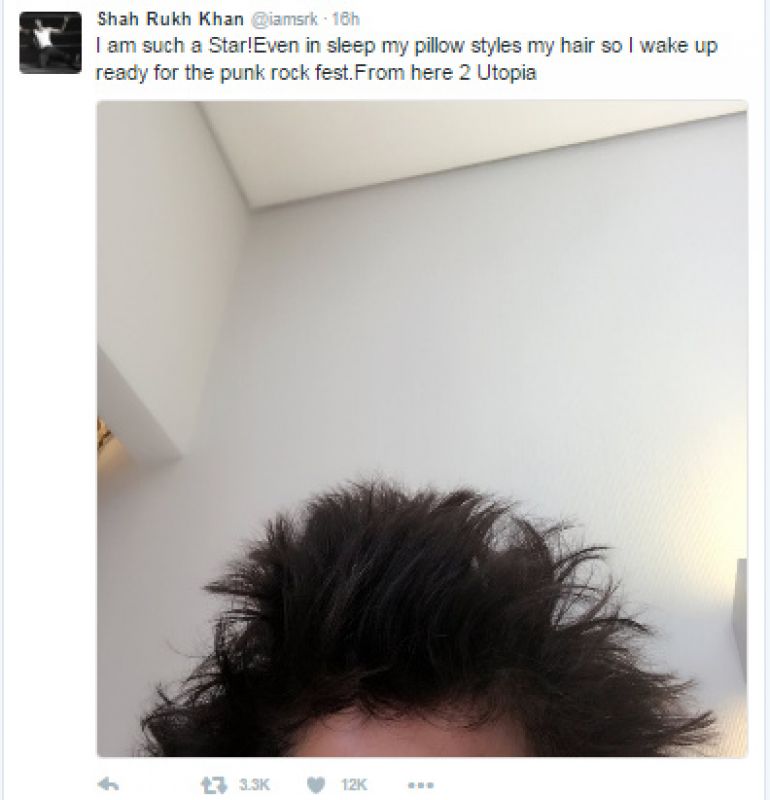 We have definitely seen that the frequency of Shah Rukh’s pictures and videos have increased since he has set out for the shooting of the film. We just hope that he continues it even once he returns home.