Katrina Kaif in a still from the photoshoot.

Katrina Kaif recently posted a hot video of herself from a photoshoot, which shows her beauty in monochrome, right from her hair to legs.

Arjun, who had founded an ‘I Hate Katrina Kaif’ club with Varun Dhawan, still leaves no opportunity to troll the actress.

He left a comment right after Sonam’s which stated ‘You got dandruff Katrina’. See the comment here: 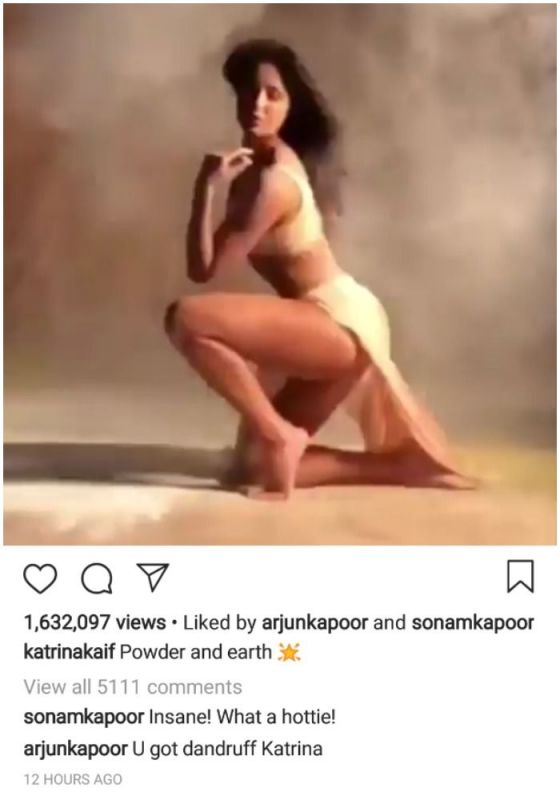 Katrina is not the only lady who gets trolled by Arjun Kapoor. He has often targeted his ‘Ishaqzaade’, ‘Namastey England’ and now ‘Sandeep Aur Pinky Faraar’ co-star Parineeti Chopra.

Looking at their line-up of movies, we can only imagine what Parineeti’s #EverydayPhenomenal would be.

■Forget Katrina, Alia Bhatt bonding with Parineeti and Shraddha is everything!
■One bitten twince shy: Duds make Katrina Kaif wary of working with younger actors?
■Sailing in two boats? Despite dating Ranbir, Alia still trying to get back to Katrina
■Why makers of Katrina, Varun's dance extravaganza think it'll be a sureshot success