Priyanka Chopra, presenter of Oscars 2017, skipped it in 2018 because of this reason

Mumbai: Priyanka Chopra was the reigning queen in Hollywood last year. Not only did she give her Hollywood debut ‘Baywatch’, but she was a hot topic on every TV show, in every interview, so much so that she presented the Oscars of 2017.

But the actress gave the big awards a miss this year, and along with that, her stylish outings have also been missed.

PeeCee however sent her luck across to all the nominees, since she was too sick to even move from her bed.

She shared the sick yet beautiful photo of herself as her Instagram story, which is why she skipped the major event too. See it here: 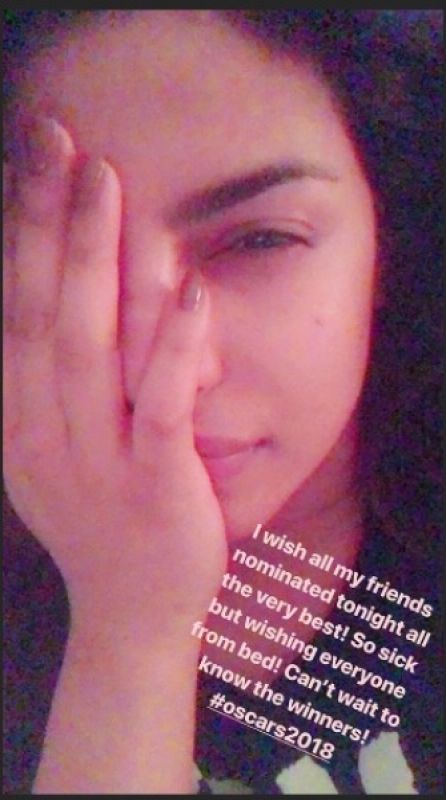 Priyanka wrote a eulogy for the late actress Sridevi few days back, where she expressed how Sridevi was one of the main inspirations behind Piggy Chops becoming an actress.