Someone inquired about his kids' religion, Shirish Kunder did not blast. He did this!

Shirish is father to triplets Czar, Anya and Diva.

Mumbai: Yet again, a social media user asks a celebrity a rather personal question, Yet again, the celebrity gets back in signature ‘celebrity style’ – responds wittily without disrespecting the intruder.

This time, a social media user turned to director Shirish Kunder seeking clarification on something she has no business to do with. It so happened that Shirish, who is married to choreographer-turned-director Farah Khan, posted a family picture from their family vacation in Arizona. The father of three captioned it: My family, proudly posing at the top of the Grand Canyon, after throwing me into it. No idea of time here. Is it 2017 yet? 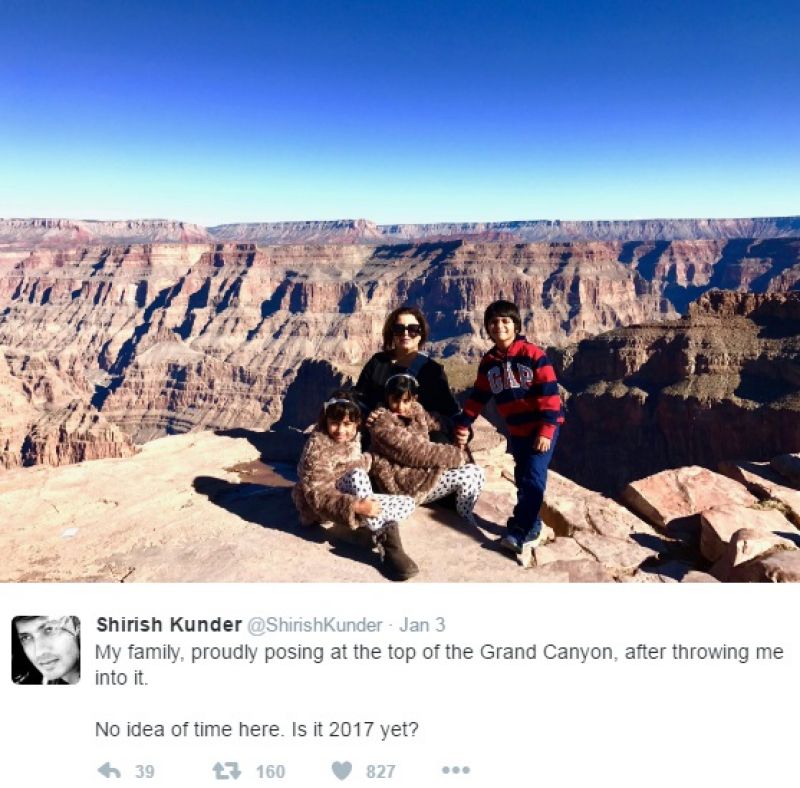 To which, a Twitter user replied saying: @Shirish Kunder: Your Kids Hindus or Muslims?

Appalled by the randomness of the question, Shirish chose class over crass, replied wittily without sounding harsh.

His reply read: Depends on which festival is next. Last month, they were Christians.

Funny, isn’t it? If that was not all, the non-judgemental troop of Twitter retweeted his response.

Here are some of the finest retweets we could catch hold of on the micro-blogging site: 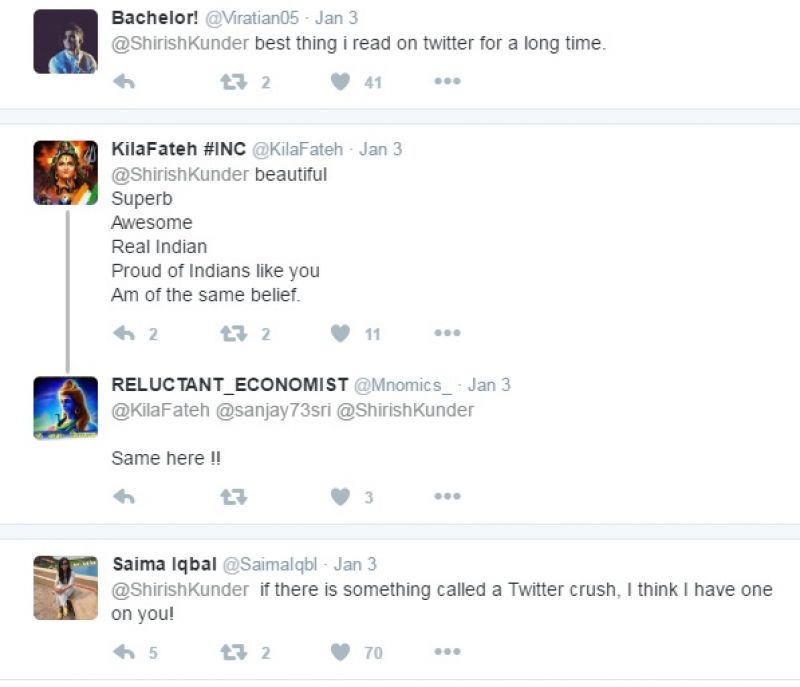