Bhansali's 'Padamavati' is gearing up for release in November this year.

Mumbai: Sanjay Leela Bhansali has provided the family members of deceased Mukesh Dhakiya with a compensation of 20,80,000 rupees on Wednesday.

Mukesh, who had fallen off the sets of Sanjay’s upcoming magnum opus, ‘Padmavati,’ succumbed to his injuries and passed away on December 23, 2016. 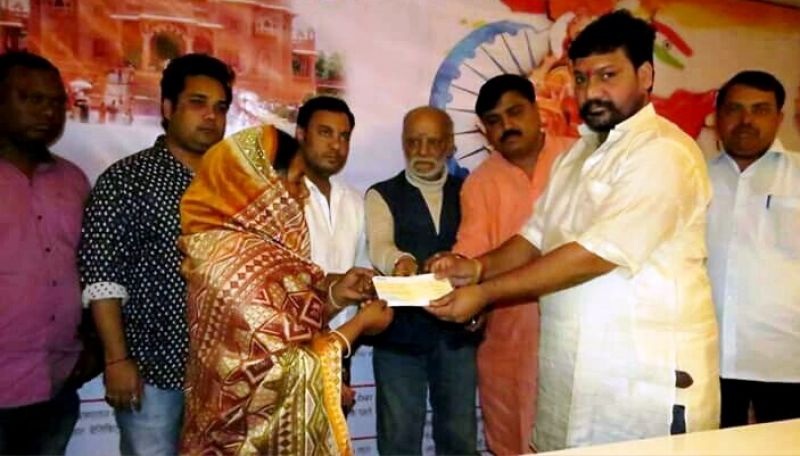 After a meeting with Gangeshwarlal aka Sanju, SLB decided on the compensation  oney, and also provided a sum total of  2,20,000 rupees to the other workers, who were present on the sets that day, as wage compensation. 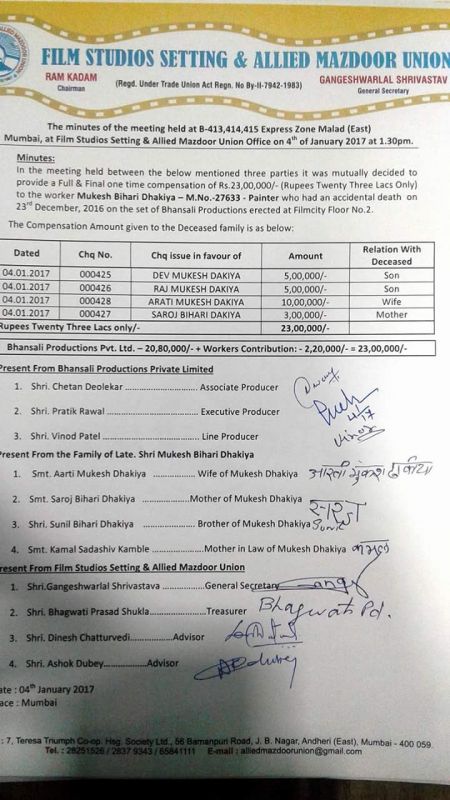 Thanking the director, Sanjay commented, "We always want to work hand in hand with producers and the workers because we are like one big family. Our only request to all the producers is to treat all the workers like human beings and work together with them hand in hand with harmony. To make a good film, you need every one's co-operation as each person has his own importance. We are taking all possible efforts to ensure the safety of every worker on the sets.

"We have not only given a letter to Film City but warn every production house that they should keep ambulance, safety belts, safety caps etc for the sake of the workers on the sets. Every one of us should remember that if any worker dies on the sets in an accident, none of us can ever hope to replace that member in that family."

The film, set for a Diwali 2017 release, stars Deepika Padukone, Ranveer Singh and Shahid Kapoor in the lead roles.