Here’s to the start of a great journey and life changing experience for us all,” although deleted the picture after a while.

After almost two decades, Mahesh Bhatt is all set to return on the director's chair, and what better way than directing a sequel to his 1991 blockbuster Sadak. The much-awaited Sadak 2 will star the original cast Pooja Bhatt, Sanjay Dutt, and joining them will be Alia Bhatt and Aditya Roy Kapoor. With so many speculations going around, it’s apparent that the fans of the movie can’t wait, and with the images of Mahesh Bhutt and Pooja Bhatt conducting recce in Uttrakhand going around, we are sure that even the makers are as much excited.

On Friday, Pooja shared photos of location scouting on her Instagram, and the daughter-father duo appeared enjoying their time together. She had earlier uploaded a photo, posing with her father in front of the helicopter with a caption that read, “And our recce for ‘Sadak 2’ officially begins! Time to fly into the skies with Mahesh Bhatt. Here’s to the start of a great journey and life changing experience for us all,” although deleted the picture after a while. 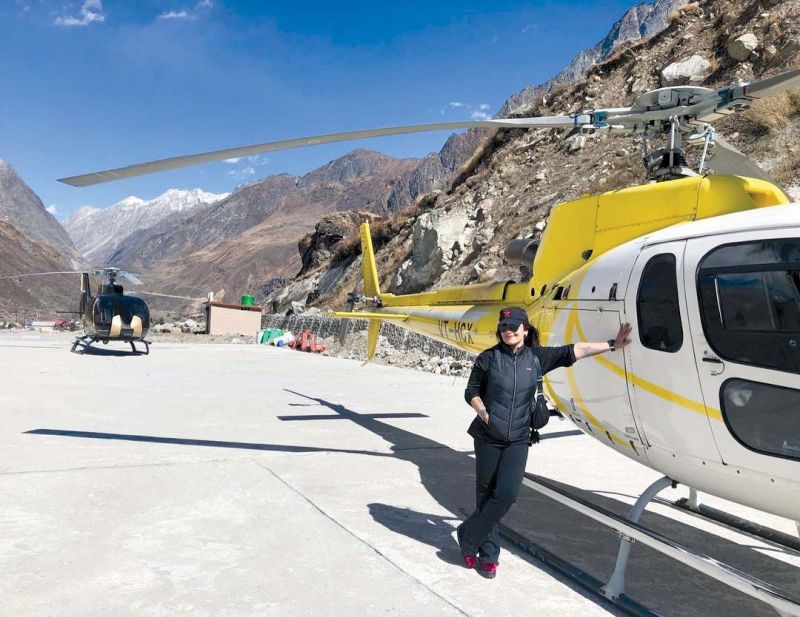 In another picture standing beneath the signboard ‘Last Indian Village’, the pair seem to set the movie in the interior and the extreme locations of Uttarakhand, as revealed from the caption, ‘On the banks of river Saraswati lies Mana, a quaint village located a mere 24 kms away from the Tibet/China border…’.

The ambitious sequel, which even marks the return of Pooja on the silver screen after a decade, has created a lot of buzz and expectations already. It’s probably safe to say that seeking blessings of the almighty might be of some use. While in one photo Mahesh Bhatt looked solemn with the Kedarnath Temple in the background, in another video he appears to be meditating beside the hymn-singing ascetic.

Sadak dealt with a story of a young man (Sanjay Dutt) falling in love with a prostitute (Pooja Bhatt) and fighting the ordeals that came with it, and the sequel Sadak 2 is set to catch the story several years after the original.