Padmavati: Is 3D the way to go for Bollywood?

A still from the upcoming movie Padmavati.

Mumbai: Sanjay Leela Bhansali and the team of Padmavati have spared no expense when it comes to the  magnum opus. From grandiose backdrops to dazzling costumes, the film has it all. Now, in the 11th hour, the  makers have also released a 3D trailer. Though the film was shot in 2D, it has now been converted into the 3D format, a feat that requires quite a large amount of money to be poured in during the post processing stage.  The team, however, seems to think that it’s worth the extra money. Ajit Andhare, chief operating officer, Viacom18 Motion Pictures, says, “It wasn’t during the story level that we thought of making the film in a 3D format. When the film develops and you see the kind of sets and locations, the depth, it all renders itself to 3D. So we were focused on the storytelling but when we started seeing the footage together we thought it’s a natural film to do it in 3D.”

Despite the fact that the first 3D movie came to India in 1984 (My Dear Kuttichathan), there have only been a handful of films shot over the years — many of them helmed by Vikram Bhatt. The director has heavily relied on VFX supervisor K.V. Sanjit for most of his 3D films. Sanjit, however, is not enthusiastic about a film being converted into a 3D film from a 2D one. “What happens when you convert a film from 2D to 3D is that the film loses on depth. The film is successfully converted into 3D, but the depth that audiences get when they view is pretty superficial.  On the other hand, when a film is being shot in 3D format from the word go, the scenes are deeper and the effect is deeper,” he explains, adding, “I personally believe that drama isn’t the best genre for effects like 3D. Suspense, horror, thriller, and historical films are best for 3Ds.” 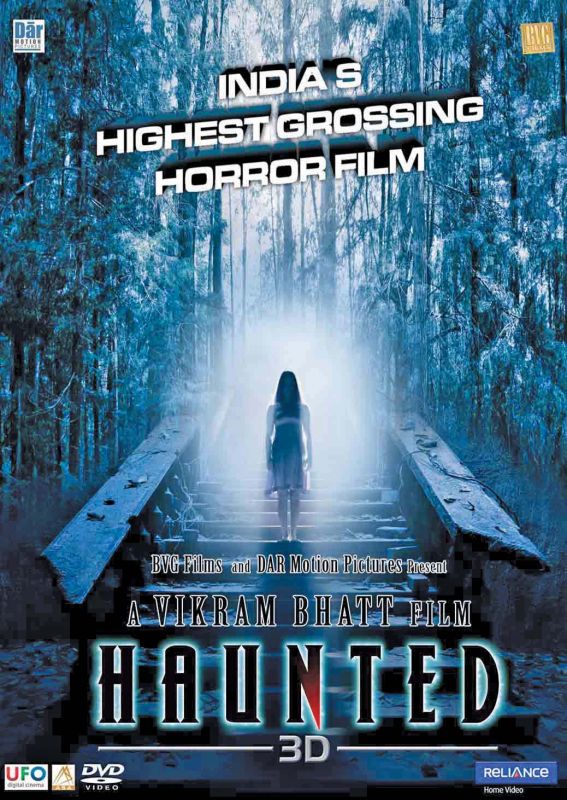 Haunted 3D is another 3D film directed by Vikram Bhatt

As far as Bollywood is concerned, 3D films have not exactly been a success. A step like this one, in such a scenario, is definitely a risk, feels trade analyst Vinod Mirani. “A lot of Bollywood films force the 3D factor. Most films that have been made in 3D have flopped. I think the only film that did well was Chota Chetan. 3D films also pick up revenue by charging more for seats at the theatre. SLB’s film may just make it,” he says, sceptically. Ajit, however, feels that the risk is well worth taking. “That’s what we are here for as producers — to manage the financial risk of every step that we take. If you don’t make these films in 3D, then what will you make in 3D,” he shrugs.

Cinematographer Kishore Kumar, who has worked in Rajinikanth’s film Kabali, says that while the cost trebles if one shoots in 3D, it is not such a big difference if it is shot in 2D. “Usually for 3D shoots, two cameras are used side-by-side and a variety of other equipment is also needed. However, if you are shooting the film in 2D, the cost only goes up in the postproduction stage. Having said that, it’s always better to know in advance that the film is being made in 3D since factors like depth of scenes need to be taken into account while shooting,” he explains. While film critic Omar Qureshi, too shares his fellow industry insiders’ doubts about a 3D movie in Bollywood, he clarifies that it is ultimately the story that will see the film through, no matter what the format.

“3D is an effect that looks better in drama films. So it’s not a bad decision to do so midway. But sometimes when an effect is added later, it may take away rather than enhance an already engaging subject. With the spate of poor big films this year, maybe the makers are ensuring that they spare no trick in the book. But then tricks matter only for a circus. I’m sure it will help the film.  Though Bhansali is the last man who needs it,” he signs off.