Mumbai: It is that time of the year when Durga puja is round the corner and celebrities come out to show their extravagant visit. Kajol is one such actress who breaks headlines during thi. Kajol was accompanied by mom Tanuja and sister Tanishaa Mukerji and cousins Sharbani and Samrat Mukerji.

Kajol was seen wearing a red silk Indian attire, whereas Tanuja and Tanishaa were seen wearing pink and a patterned saree. Kajol took to Instagram to post a photo from the “pujo” pandal.

She wrote, “First day of the pujas ... shoshti. Before we share it with everybody else ..” She also shared a picture of Goddess Durga and wrote, “And the pujas begin...” 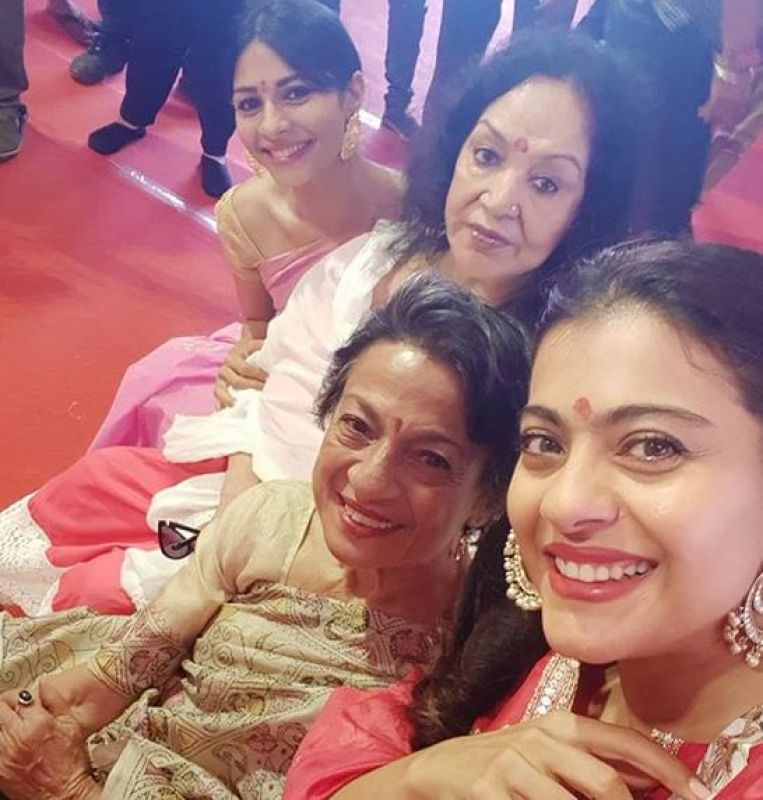 A video posted later shows Kajol telling the media that the yellow bag she's carrying was made by sissy Tanishaa.She's also seen telling her to send the photos soon, to which Tanishaa says she hasn't posted anything yet.

Kajol was last seen in Helicopter Ela. She will be next seen with husband Ajay Devgn in in Tanhaji: The Unsung Warrior.  The film is set to release in 2020.

Alia Bhatt gets into character