Krishna Raj Kapoor was everyone’s favourite in the  Kapoor family. She loved her children, grandchildren, and their respective spouses with equal warmth, but her second son Rishi Kapoor and grandson Ranbir were very special to her.

Which is why everyone was surprised to see Rishi, Neetu and Ranbir missing her last rites. While Ranbir is abroad  shooting for best friend Ayan Mukerjee’s Brahmastra, Rishi is in US for medical treatment, and Neetu is accompanying him. 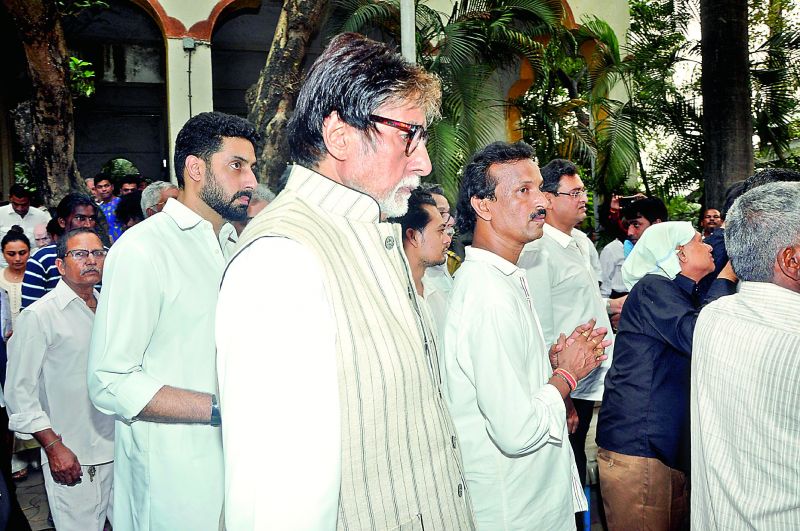 All three are very hurt that they are unable to attend the last rites.

Says a source very close to the Kapoor family, “Chintuji (Rishi) was reluctant to leave as his mother was not keeping well, but after the medical tests came, he had no choice but to leave immediately to the United States. There was  no way he could return for his mother’s last rites. As for Ranbir, Ayan offered to halt shooting in Bulgaria but Ranbir didn’t want to disrupt the schedule. Alia Bhatt sent the video of the funeral procession to him.

Neetu Kapoor posted a heartfelt post for her late mother-in-law, Krishna Raj Kapoor, who passed away on Monday. She posted an adorable picture on Instagram, where both of them can be seen smiling. The post was captioned “She was such a huge influence in my life admired her elegance Wit Generosity Warmth !!! She will always stay in my heart #noonelikeher #besthumanbieng #lovedher#bestfriend.”

Most of Bollywood celebrities were present at the funeral.