The team LoveYatri is leaving no stone unturned as they promote the movie ahead of the release of the movie.

The lead star cast Aayush Sharma and Warina Hussain along with the team of LoveYatri visited Ahemdabad, Chandigarh and Delhi back to back. 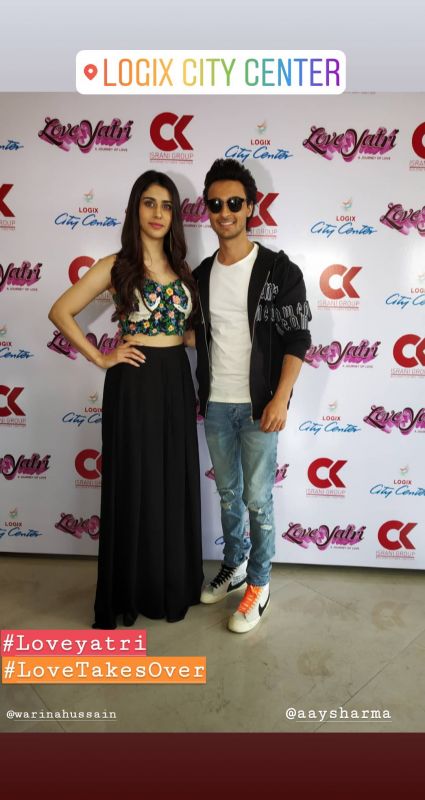 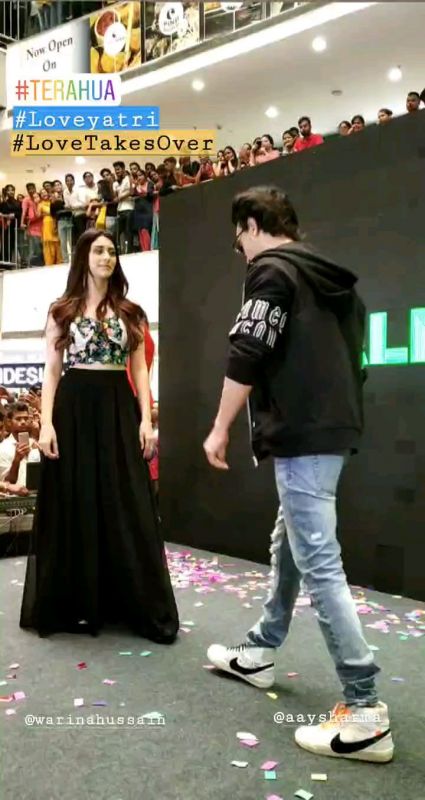 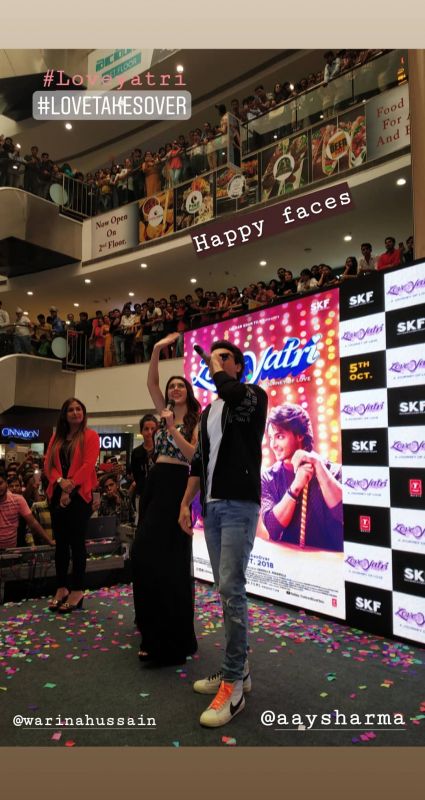 In Chandigarh, they visited Chandigarh University and NIFT College where the leading pair received immense love from the fans. They did a couple of fun activities wherein a few students were picked and they had to propose Warina by using a pick up line. The students had prepared dance performances and sung the chartbusting songs of the movie. Aayush and Warina interacted and performed for the students.

Sohail Khan joined Aayush & Warina and the team in Delhi as they visited the mall there, interacting with fans.

Set against the backdrop of Gujrat, the romatic drama unfolds the love story of the leading couple over bonding over Garba. Giving a sneak peek into the colourful festival of Navratri, the trailer features the crackling chemistry of the fresh pair. Proving to be festive treat, LoveYatri captures the essence of Navratri with Garba being crux of the film. The movie is shot in London and the outskirts of Gujarat.

LoveYatri is directed by Abhiraj Minawala who will also be making his directorial debut with the film. The romantic drama will mark the fifth venture of Salman Khan Films.

The movie is written by Niren Bhatt who is based out of Mumbai and was born in Bhavnagar.