Mumbai: National award winner Ayushmann Khurrana who was spotted at Mumbai airport after the actor visited Delhi University - Gargi College, yesterday to have an interactive session with the students ahead of 'Dream girl' release. The fans who spotted the actor called 'Ayushmann' 'Pooja' by his 'Dream Girl' character- Pooja.

After creating much excitement amongst the fans for the film, where the actor aced every persona and mannerisms of his character Pooja, Ayushmann Khurrana's fans are smitten by his role and wherever the actor is being spotted, his fans are referring to him as 'Pooja'. 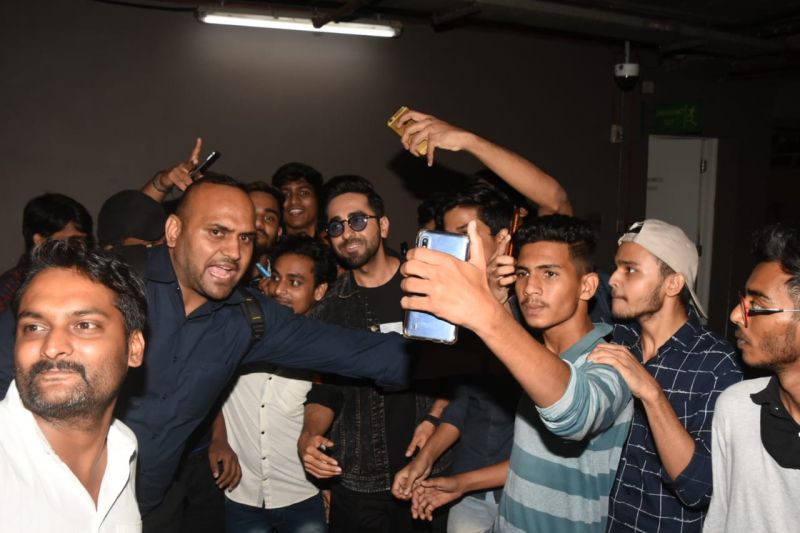 After impressing the audience with films like Vicky Donor, Badhaai Ho, Dum Laga ke Haisha, Shub Mangal Savdhaan, and now 'Dream Girl', Ayushmann known to spread his charm which every character he plays has led his fans hail the actor as 'Pooja'.

The film, Dream Girl is already making the right noise across the nation with its eccentric trailer and the recent songs, which have come out so far and have become a rage within no time.

His fans who have hailed Ayushmann as the next big superstar with his brave choice of films, there is no looking back for the actor. Ayushmann Khurrana is one of the very few actors who led the Indian cinema in a new direction with his quality work and just not good box office numbers.

Who bowled the most maidens (in a manner of speaking) in the IPL?