Mumbai: After Varun Dhawan took to Twitter to praise 'Hobbs & Shaw' which released today, especially the homage paid to the Samoan culture in the movie, the actor received a tweet back from his hero, Dwayne Johnson.

To much surprise, actor Dwayne noticed his tweet and retweeted what he wrote about the movie adding, "Mahalo brother and glad you loved it. You are the best." 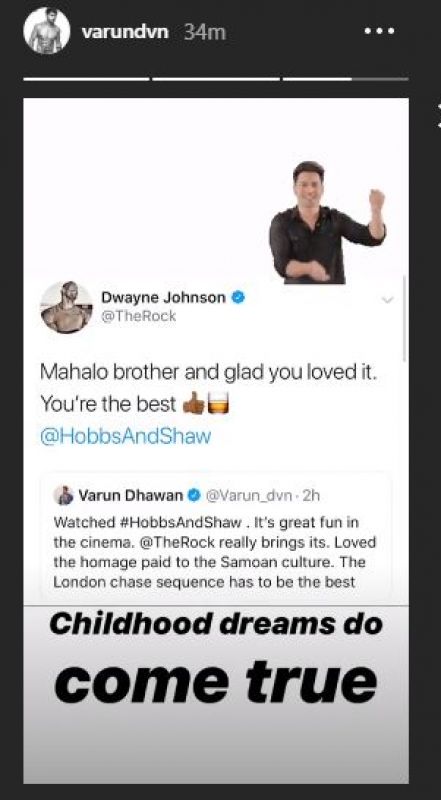 'Hobbs and Shaw' which opened to a lukewarm response minted Rs 13.15 crore on the first day of release stars Dwayne Johnson and Jason Statham.