John Abraham and Dishoom in the midst of another controversy

The actor is a non-smoker, in real life.

Mumbai: Rohit Dhawan’s 'Dishoom' is in trouble again. An NGO working against tobacco consumption will be writing to actor John Abraham asking him to withdraw his poster for Bollywood movie ‘Dishoom’ where he is seen smoking a cigarette.

If not withdrawn, a senior office bearer of the National Organisation for Tobacco Consumption (NOTE) will be lodging a formal complaint with the police, against the ‘No Smoking’ actor, producer as well as director Rohit Dhawan.

"We will be writing a letter to John Abraham along with the producer and the director of the movie asking them to withdraw the poster which violated the anti-tobacco law," said NOTE general secretary Shekhar Salkar.

Directed by Rohit Dhawan, 'Dishoom' starring Varun Dhawan, John Abraham and Jacqueline Fernandez released on July 29. "The movie poster showing Abraham smoking a cigarette promotes the use of tobacco. This is against the law. The poster should be immediately withdrawn," Salkar opined. 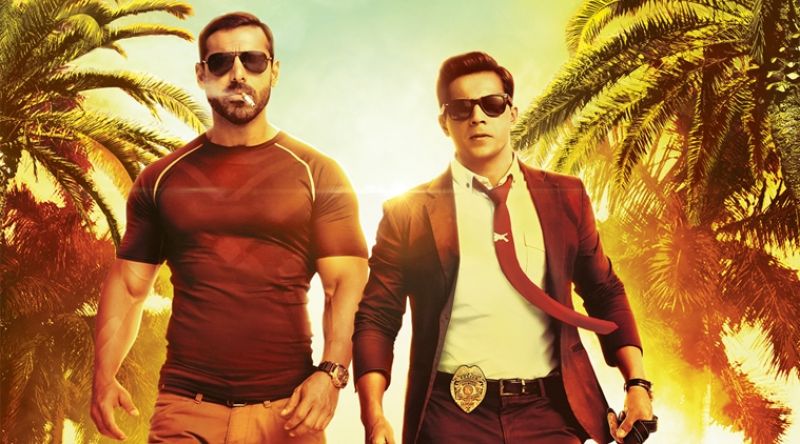 The poster in question.

John Abraham, who’s a known fitness enthusiast, is a non-smoker in real life and has often been quoted speaking up against tobacco consumption. He reportedly was apprehensive about being shown smoking on-screen, but gave in ultimately, since it was significant to the script.