Priyanka Chopra wants to run for Prime Minister of India

DECCAN CHRONICLE
Published Jun 4, 2019, 1:55 am IST
Updated Jun 4, 2019, 2:00 am IST
During a recent interaction with the international daily, actor Priyanka Chopra spoke at length about her political endeavours.

During a recent interaction with the international daily, actor Priyanka Chopra spoke at length about her political endeavours. She went on to speak about Nick’s political aspirations as well.

PeeCee stated, “I would love to run for prime minister of India. I would love Nick to run for president. I don’t like the things associated with politics, but I know that both of us really want to make a change. Never say never.” Priyanka also said that he is a feminist and is not afraid to use the word. 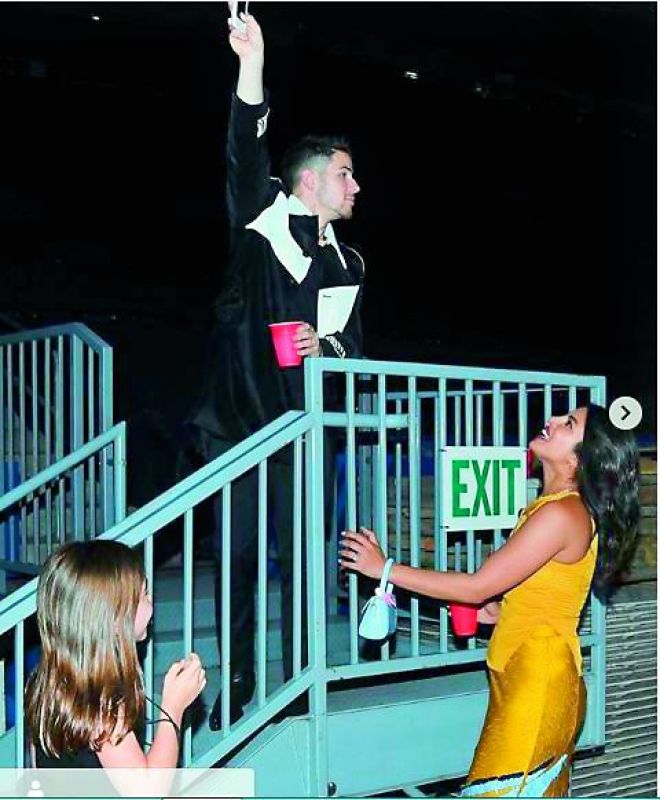 Meanwhile, Priyanka Chopra shared pictures from their romantic outing on Instagram recreating an iconic but slightly tweaked version to William Shakespeare’s Romeo and Juliet. While Nick stood on a balcony with a paper cup in his hand, Priyanka looked at him from down below. “Romeo oh Romeo.. and Ava drew #nightout (sic),” she captioned the picture. They were accompanied by a little girl to the concert, perhaps the Ava from Priyanka’s caption.