Bharat is slated to release in June 5.

Mumbai: Salman Khan starrer Bharat will release tomorrow across the country on the occasion of Eid and the fans across the nation are going extra bounds to support ‘Bhai’, leaving no stone unturned. In order to show their love, the fans are offering free services to the public in the cities of Mumbai, Delhi to name a few and the fever has piqued, nationwide.

While the auto-rickshaw drivers in Mumbai are offering free auto rides to the travelers if you show them the tickets of Bharat, a restaurant in Mumbai same name as the movie, is giving away free food and hospitality at their eatery when the visitors flash Bharat movie tickets to them. 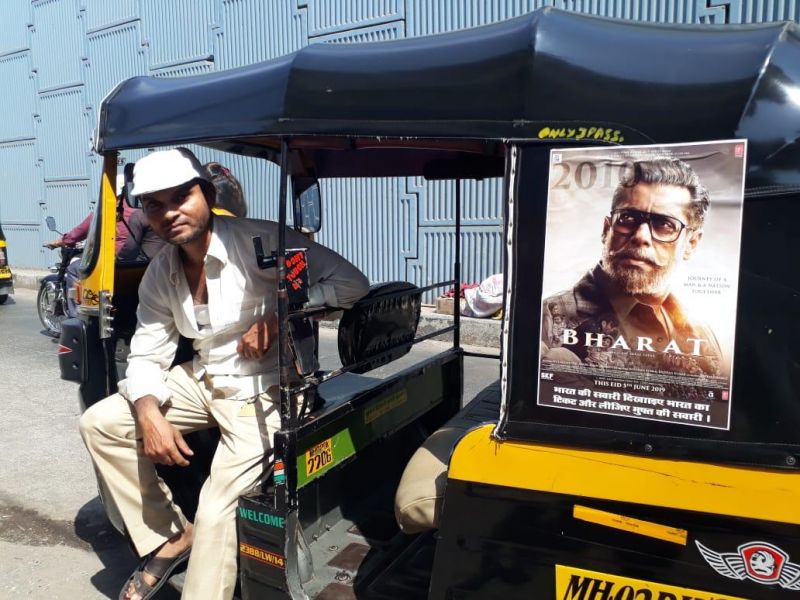 Another eatery, ‘Bhaijaan hotel’ in Bandra is giving 25 percent discount to their visitors on food when the foodies in town get a ticket of Salman starrer to their place.

The fan frenzy has reached new heights where today morning to mark an auspicious release, fans collectively organised an elaborate Rajyabhishek at Gaiety multiplex in Mumbai with Salman’s posters for their superstar.

Recently, a fan in Nashik had also booked an entire movie theatre for himself to render his love towards ‘bhai’. Much before the release, the advance booking had seen a massive high as well. There was a rush amongst the fans to grab the tickets and the frenzy was all over!

Free food at the restaurant for Salman Khan fans.

Superstar Salman has a loyal fan base across the country- overseas and this undying support from the fans is a testimony to the fact, how ‘Bharat’ Salman’s craze has gripped the people all across the nation, yet again.

The Eid release, Bharat has Salman Khan’s six different looks ranging from a young circus champion to a 60-year-old man where he is spotted donning grey strands of hair which is reflective of the journey the film promises and the fans cannot wait!