Arjun Kapoor’s India’s Most Wanted, a film on Yasin Bhatkal?

The trailer of Arjun Kapoor’s upcoming spy thriller India’s Most Wanted follows a team of intelligence officers who hunt down one of the most dangerous terrorists creating havoc all across the country. Based on a true story, the trailer starts with an explosion that leaves many dead. Sources close to the development of the film inform that the film is on the Karnataka based leader of Indian Mujahideen— Yasin Bhatkal, who was responsible for many terror activities including the Ahmedabad blasts in 2008. Yasin is now lodged in prison after having been served a death sentence.

When director Raj Kumar Gupta was asked whether the movie is about Yasin Bhatkal, he sidestepped  by saying, “I just want to say that it is inspired by true events. When you’ll watch the film, you will get to know what inspired it. It’s a watershed moment for Indian intelligence. Come and see it for yourself.”
Arjun is being trolled for saying verses from the Bhagavada Gita in the trailer. 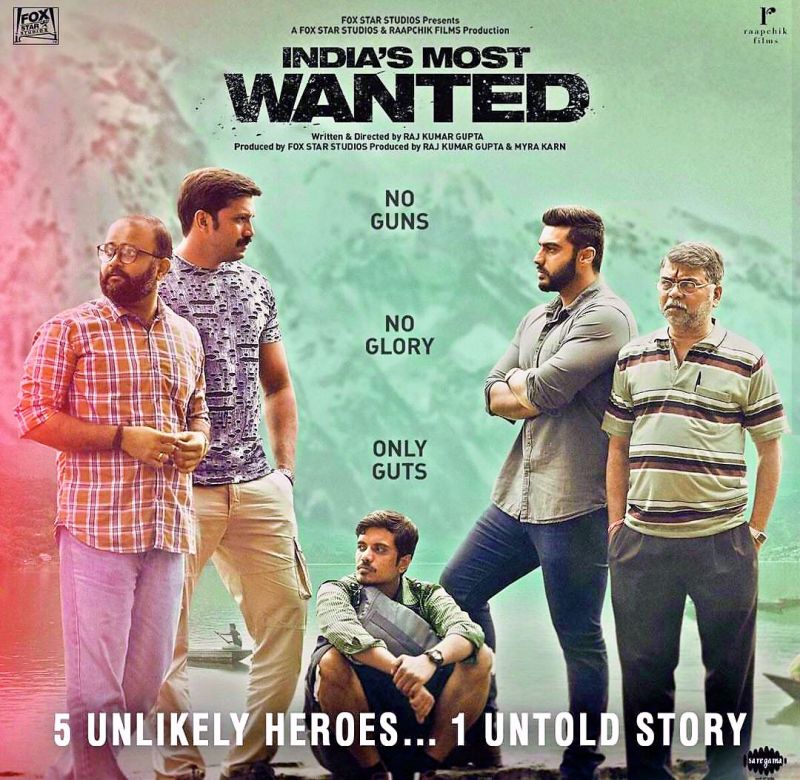 Replying to it, he clarifies, “We are putting our country and humanity first. This film is about those people who didn’t think about religion, caste and creed. Today, I would want you all to go back home and really consider whether that conversation is even worth it. It’s interesting for people to type things at home, but do they go and put themselves out there? Are they putting their lives on the line? It doesn’t matter what blood it is, people use words to rationalise; people use religion to make others feel a certain way. We are depicting a film that is pro-India. So, just give the film a chance before giving importance to these things.”