Mumbai: Usually, films these days launch their content in a set pattern that has been tried and tested and as a matter of fact, been overused.

Amul Vikas Mohan is making sure that ‘Behen Hogi Teri’ starring Rajkummar Rao and Shruti Haasan is bending the rules and leaving their own trail by launching their quirky, fun content which is their song, trailer and now their poster as and when they think it’s the right time for it.

Unlike fellow industry mates, ‘Behen Hogi Teri’ has taken it on them to launch the correct content at a time that caters best in its favour. First they came out with their ‘Jai Maa’ song during Navratri because it seemed like the perfect timing for it and then they came out with their trailer which audiences and critics have been raving about. It has garnered massive appreciation and views from fans all over.

Now, team ‘Behen Hogi Teri’ is launching their poster which they hope will also get just as much love as the other material of the film did. 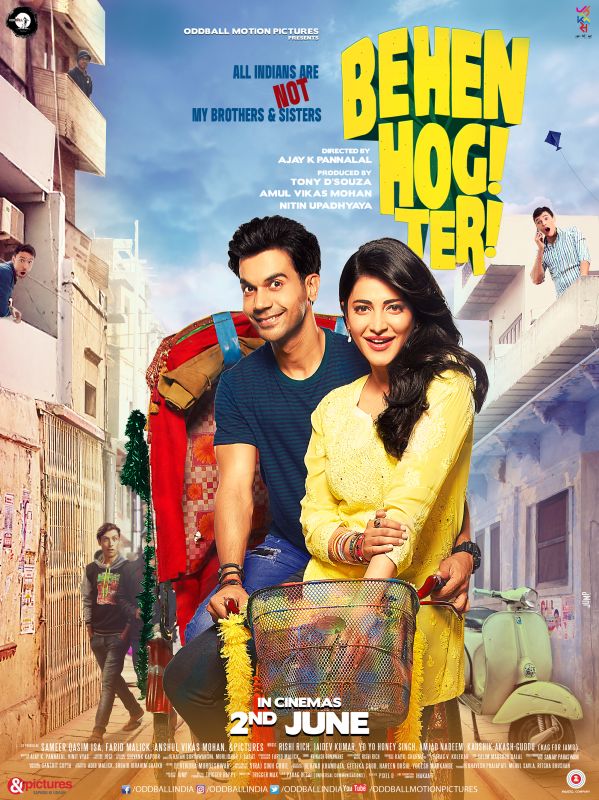