Mumbai: A recent report by an online portal declared that Alia Bhatt and Madhuri Dixit Nene would be locked in a dancing jugalbandi (a dance competition) in Abhishek Varman’s Kalank. However, when asked if the report was true, Alia vehemently denies it and also shares that she will not be shaking a leg with Madhuri in the film. “I dance in the film, but not with Madhuri ma’am. Am I mad to dance with her?” she says incredulously. 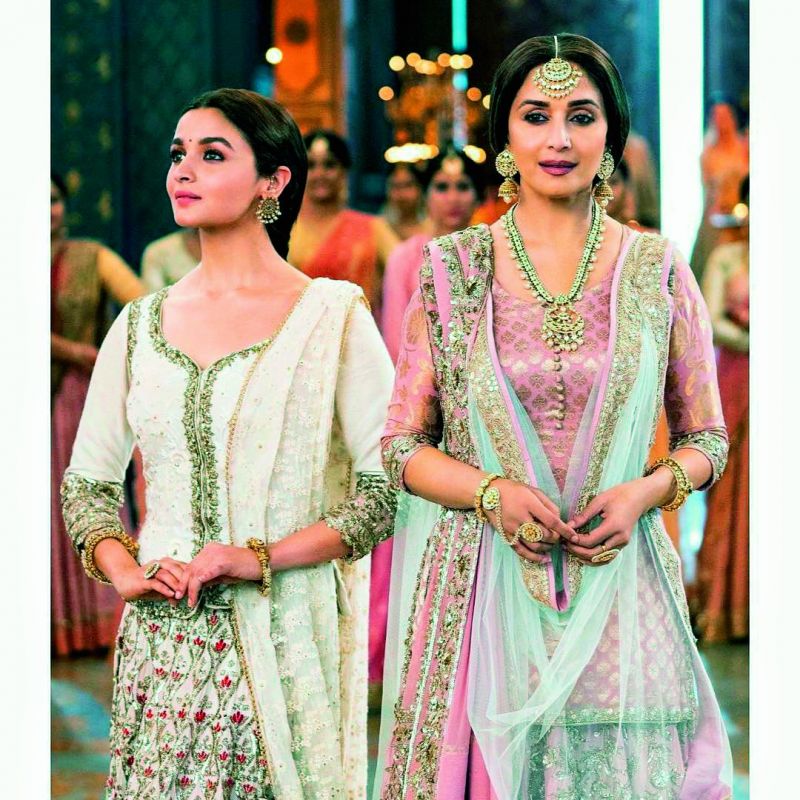 Alia can’t wait for the Karan Johar-produced film to release on April 19, and one of the reasons is because of its staggering star cast. The film stars Sanjay Dutt, Madhuri Dixit Nene, Varun Dhawan, Alia Bhatt, Sonakshi Sinha  and Aditya Roy Kapur among others. Alia says enthusiastically, “It is my first multi-starrer. It was absolutely fantastic and one of the most challenging films I’ve done so far. Every character is well etched. It is a world that I’m walking into for the first time, you know, the quintessential Hindi commercial cinema, and yet it is a story never told before, though the language is very commercial, mainstream. The characters are contemporary, though it’s a period film.”

For Kalank, Alia had to learn classical dancing from scratch.

“I am not very confident about my dancing. I spent a couple of days with the legendary Pandit Birju Maharaj learning Kathak. I am really grateful for that opportunity.,” says Alia.