DECCAN CHRONICLE. | UMA RAMASUBRAMANIAN
Published Apr 4, 2018, 3:03 am IST
Updated Apr 4, 2018, 10:11 am IST
Ishaan is paired opposite Malavika Mohanan in the Majid Majidi directional Beyond the Clouds.

Shahid Kapoor with his brother Ishaan Khatter and family.

With two big banner films to be out soon, debutant Ishaan Khatter is the most looked after faces in the industry for now. About to make his Bollywood debut with Beyond the Clouds releasing on April 20, and Karan Johar’s Dhadak opposite Janhvi Kapoor releasing on July 20, the actor is in news and for all the right reasons.

Few days back, sources informed us that Ishaan is a born star and has an impeccable grasp over the craft. And now Beyond.. stars shares that his inspiration is his brother and actor Shahid Kapoor. 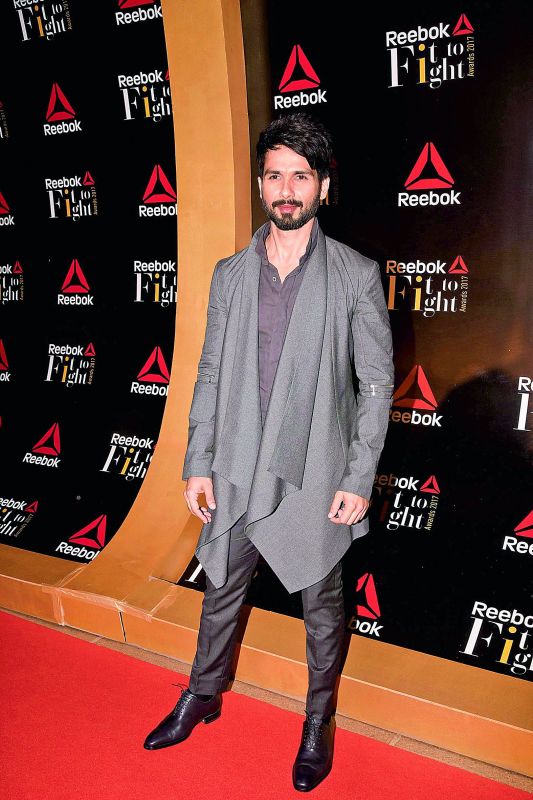 “He is my elder brother so obviously I can’t compare myself with him. He is my inspiration. It’s important to understand we both work in the same profession. We are passionate about our work. So we are a team, not competing,” says Ishaan.
Ishaan is paired opposite Malavika Mohanan in the Majid Majidi directional Beyond the Clouds.