Getting to know my childhood dream: Sushant Singh Rajput

Sushant Singh Rajput will next be seen in 'Chanda Mama Door Ke'.

Mumbai: Actor Sushant Singh Rajput who was last seen in the blockbuster biopic ‘MS Dhoni: The Untold Story’ is prepping up for his character of an astronaut in his upcoming film ‘Chanda Mama Door Ke’.

Excited about getting to achieve his childhood dream while training to get into the skin of the astronaut’s character, Sushant posted a picture on Twitter of a notebook, which read, 'Theory of Astronaut Training'.

He further tweeted his thrill by writing, “Really excited to start this. Getting to know my childhood dream:)” 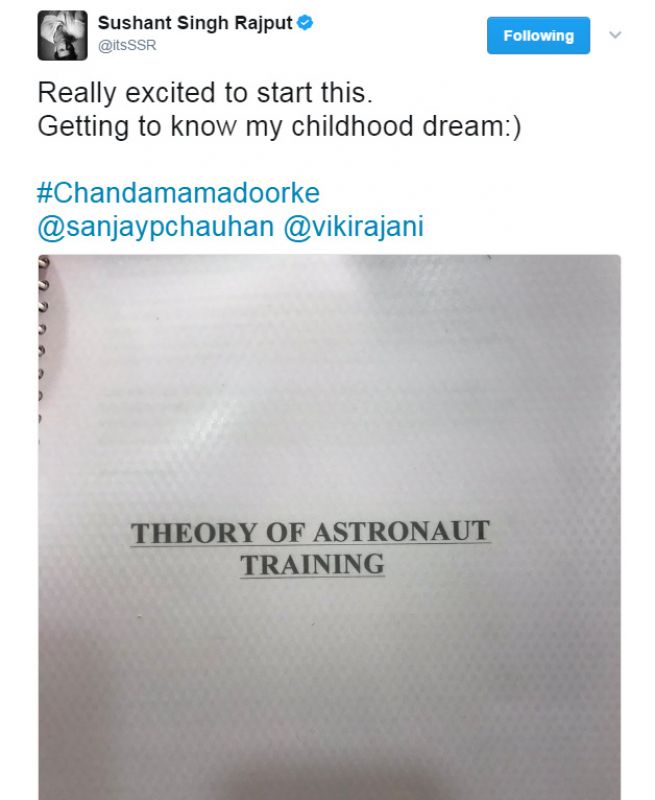 The details about the space adventure film are still under wraps and not disclosed yet.