Kareena and designer Rohit Bal pose together at the end of the fashion show.

Kareena Kapoor Khan turned show stopper for famed designer Rohit Bal at the LFW finale on Sunday. Kareena, who shied away from the runway all this season, put her best foot forwards as she walked the ramp in on of Rohit’s gorgeous ensembles.

Unlike the usual fashion shows being held at hotels, Rohit opted to display his Spring-Summer collection at the St. Xavier’s college grounds. Kareena and the models walked the ramp with a breathtaking laser and light show being displayed on the iconic heritage structure.

Kareena, who recently launched her film ‘Ki and Ka’, walked arm-in-arm with the designer. The actress has earned a lot of appreciation for her role in the film. She will be seen next in ‘Udta Punjab’, and will begin promoting the film shortly. 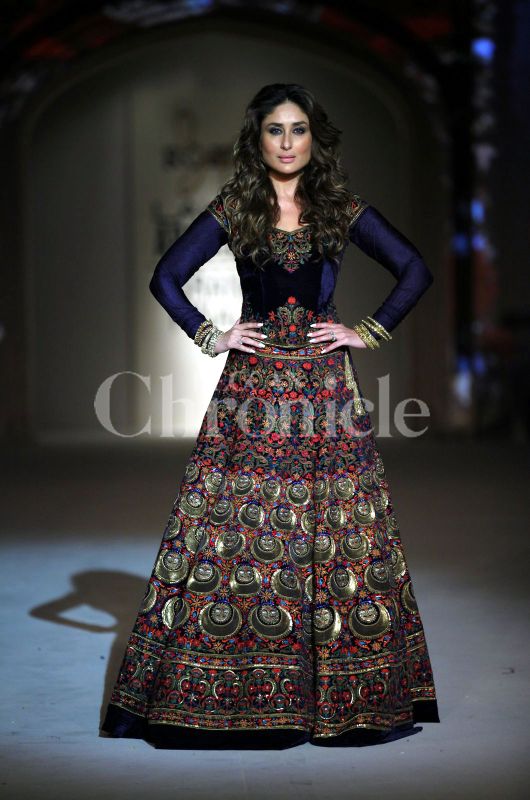 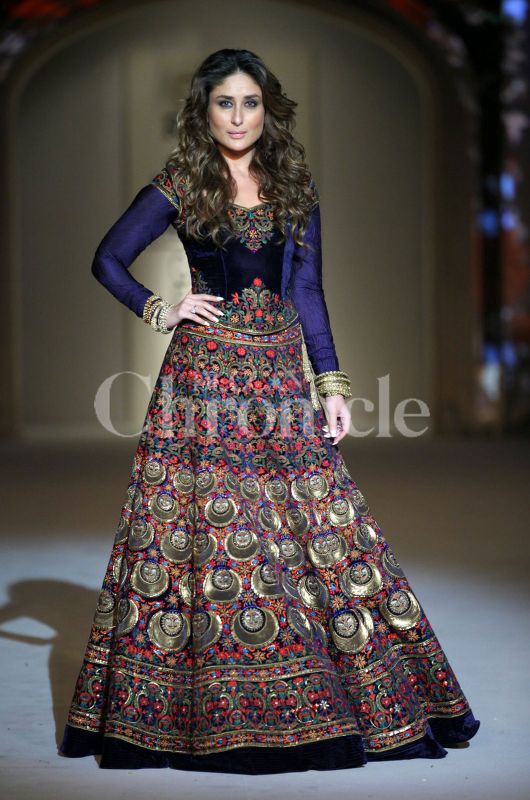 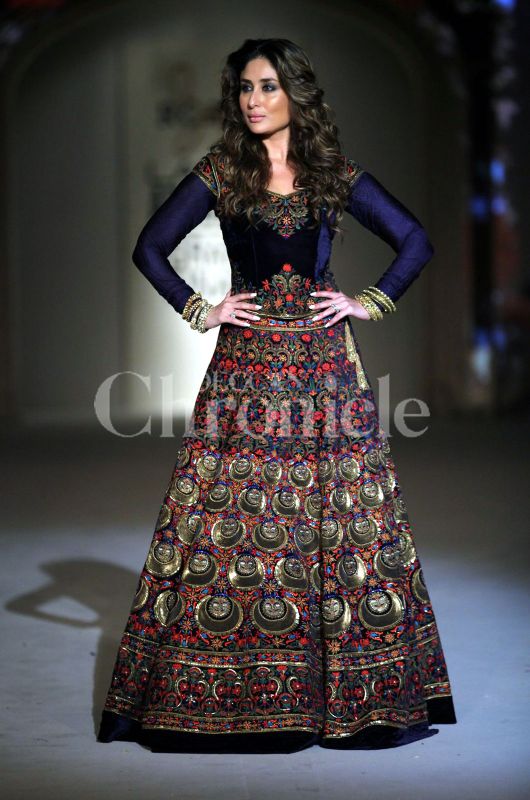 Kareena Kapoor Khan turned muse to ace designer Rohit Bal, as he displayed his collection at the LFW finale. 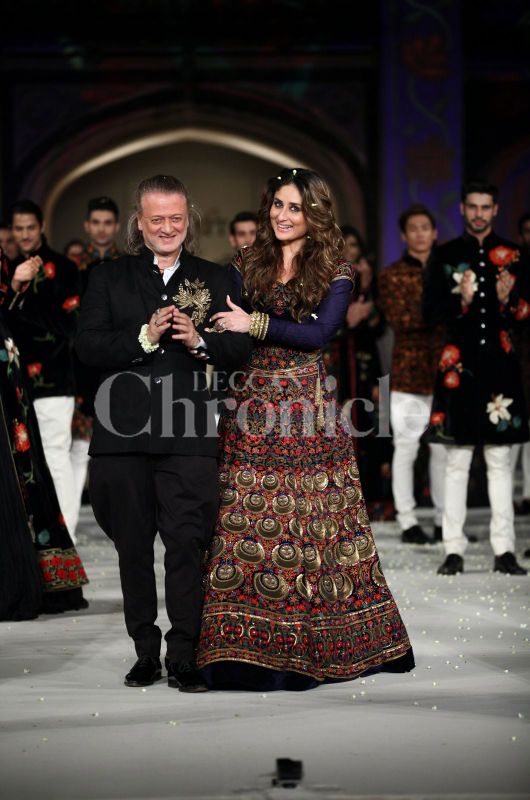 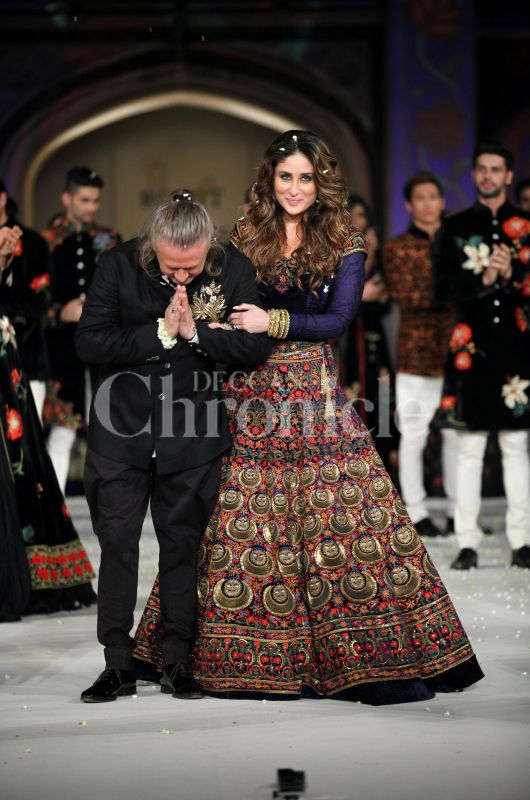 Rohit Bal takes a bow as his show comes to a close. 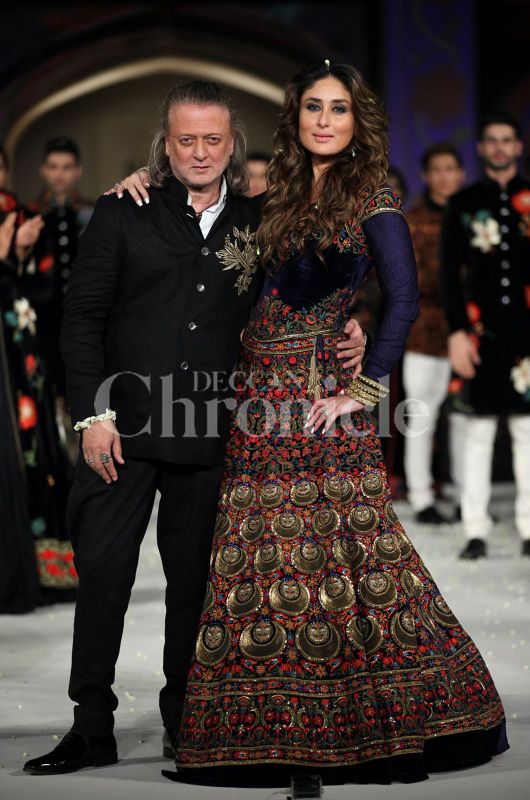 Designer Rohit Bal and Kareena Kapoor Khan pose together for pictures at the LFW finale. 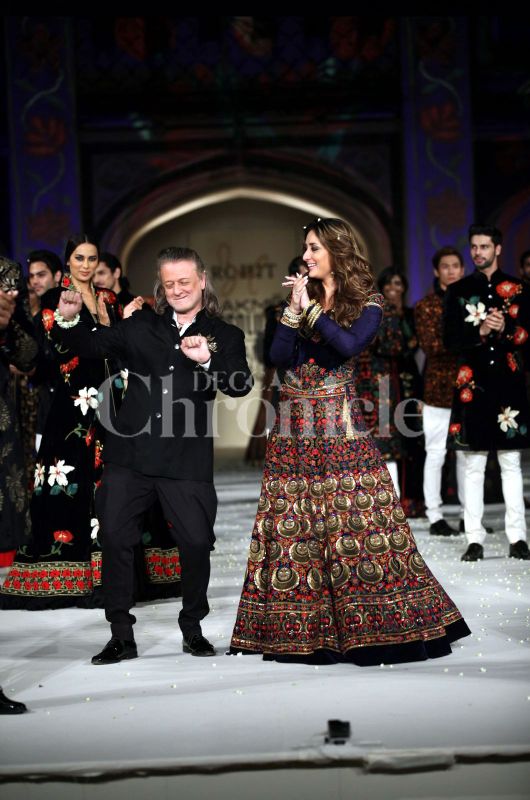 Kareena Kapoor Khan cheers on as Rohit Bal broke into a jig at the close of LFW 2016.