Fawad and wife Sadaf were also recently blessed with a baby girl, Elayna.

Mumbai: Fawad Khan, post his Bollywood debut in 'Khoobsoorat,' has enjoyed a considerable fan-following in India.

Fawad, who's been happily married with wife Sadaf for 11 years now, has two gorgeous children.

This picture of Fawad with his wife and son Ayaan, that's been going viral across social media platforms, is too adorable to ignore. 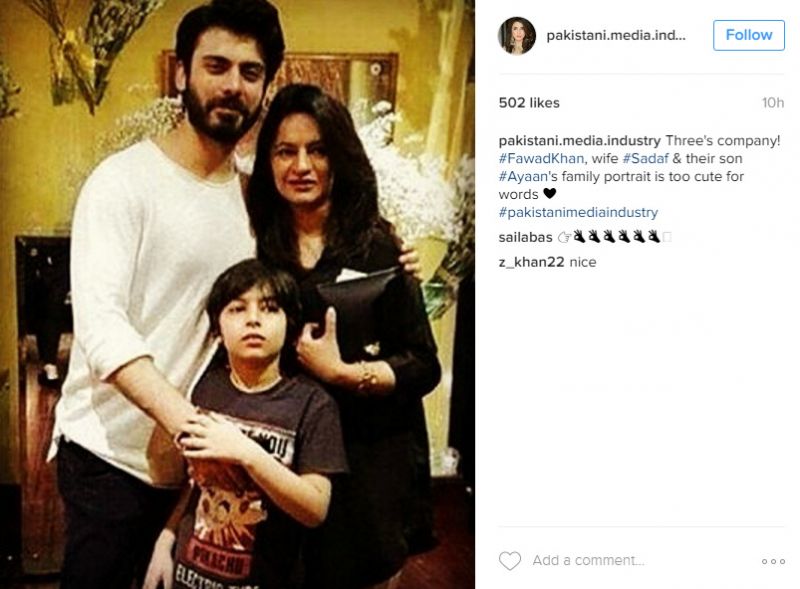 Fawad, was also blessed with a baby, Elayna, girl recently.

We can't help but keep adoring the endearing snap of this absolute family man.

■When Fawad Khan refused to kiss Alia Bhatt
■Video: This comedian hates Fawad Khan and he has a valid reason for it
■'Fawad Khan sexiest man in India': Parineeti Chopra takes dig at Karan Johar
■Ranveer Singh or Fawad Khan: Who donned the striped blue blazer better?
■Fawad Khan and other Pak artistes' managers exposed in black money scam
■Fawad Khan has a name for his baby girl and it's a total winner!