Shah Rukh Khan teased Anushka and Virat again, when posed with a question on Zero

The trailer of Zero was unveiled in a grand launch on Friday. Shah Rukh Khan, Katrina Kaif, Anushka Sharma and Aanand L Rai took the stage there, when the media posed certain questions to them.

The birthday boy King Khan, like expected, was at his wittiest best as he unveiled the trailer with the media.

When he was asked which cricketer would he like to see get out at 0 and then, promote his upcoming release Zero, SRK joked, "If I say anything against the Indian cricket team, I will get a snap from the girl sitting beside me (Anushka). She is Mrs. Cricketer."

This isn’t the first time when SRK teased Anushka and Virat, more popularly known as Virushka. He had earlier made Virat roam in a photo frame of Anushka over his neck during one of the IPL seasons. 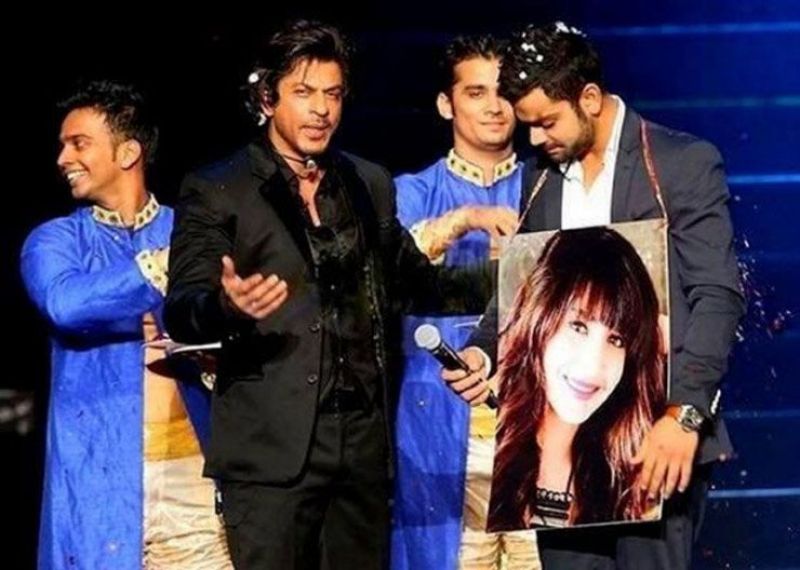 Directed by Aanand L Rai, Zero will see Shah Rukh play the role of a vertically-challenged person in the film. Also starring Anushka Sharma and Katrina Kaif, the movie is set to release on December 21.