DECCAN CHRONICLE. | PRIYANKA CHANDANI
Published Jul 3, 2018, 12:08 am IST
Updated Jul 3, 2018, 7:42 pm IST
In an age where couples are comfortable with not labelling relationships, many find promise rings more significant than the usual rings.

While rings symbolise engagement not only of the couple but also of the families, the trend of promise ring is for the couples to remind each other of their commitment

People often succumb to societal norms, wanting to give the relationship a tag when the question of marriage pops up. While exchanging rings and vows have been the usual customs, the trend of exchanging ‘promise rings’ sounds light as it is about a promise between two individuals and not the entire family.

Not really an engagement ring, it is more of a token of serious commitment between two individuals.

The latest to follow the trend is Priyanka Chopra, who was in India with her rumoured boyfriend Nick Jonas. A photograph of the two, walking out of a dinner, hand-in-hand shows the couple wearing identical rings, making us wonder if these are promise rings. 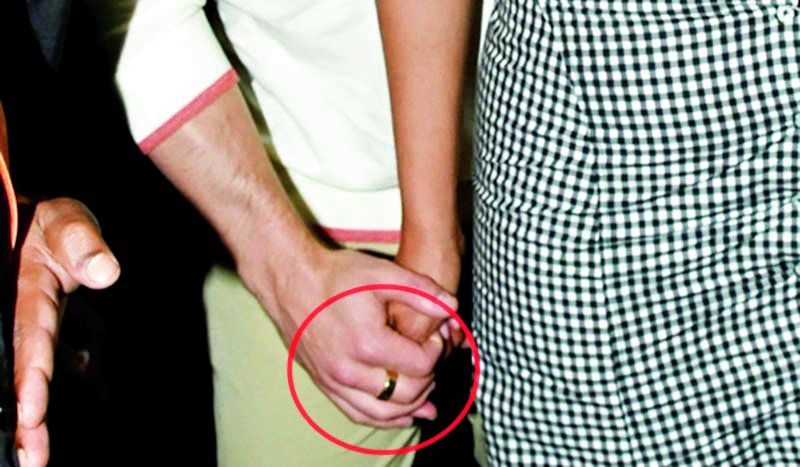 Jaipur-based couple Era Tak and Dushyat, who have been together for more than nine years, exchanged promise rings (identical) during their courtship and continue to wear them. “We have known each other for long but we weren’t sure about getting married. We also lived in different cities for our work, so we exchanged these rings as this is personal and there are no social boundaries either,” says Era.

Counselling psychologist Dipti Vira speaks in favour of the promise rings as it helps in understanding the other person and leads to a better relationship.

The counsellor is of the opinion that there is a difference between initial fairytale relationship and lifetime commitment and it is good to have a reality check before marriage.

“In the initial days everything looks good but then you realise that both of your preferences are different. Giving a promise ring allows you a little bit of your own experiences and to understand the relationship much better,” explains Dipti.

Not all couples in a serious relationship are ready for an engagement, but this doesn’t mean they aren’t committed and faithful to one another. So when you are to propose to your loved one, try the promise ring to get off the extra pressure.

Priyanka Chopra and Nick Jonas headed to Brazil after their India vacation for a music festival where Nick performed on Saturday. At the festival, the actress was seen hooting and cheering for her rumoured boyfriend. She also put up several Instagram stories of Nick Jonas’s performance. One of the stories was a video of him singing and was captioned, “Him (sic) ” and the heart-eyes emoji.
The actress looked ravishing in a red halter top and a multicolored mini skirt to go with it. During her vacation in Goa, the actress also called the singer one of her “favourite men (sic)” on Instagram.