We don't have good releases: Rawal on why one should watch Guest Iin London

Kartik Aaryan, Paresh Rawal and Kriti Kharbanda interacting with the media in Mumbai. The entire team was very particular about not answering political questions, including the recently implemented GST.

Director Ashwini Dhir is now back with another film, with the same plot-line. The makers are neither denying nor agreeing to the topic whether this film is the second instalment of 'Atithi Tum Kab Jaoge.'

Producer Kumar Mangat and team hosted a fun session with the media, where they had a funny banter about guests and their personal ideology about guests over-staying in others’ houses. Accompanied in this session were veteran Paresh Rawal, Kartik Aaryan and Kriti Kharbanda.

At the event, when Rawal was asked about the reasons to watch this film of his, he quipped, “It’s been quite a while that we haven't had good releases, and I don't think so there are any other good films which releases soon. So, this reason itself is one of the biggest factors to watch our film." 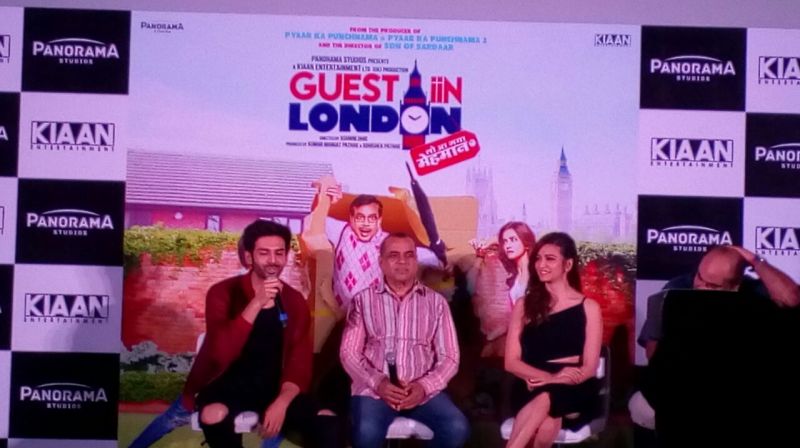 When asked further if he missed his first host Ajay Devgn in the film, the producer overtook Rawal and said, "Why will we miss him? He's very well there in the film." Devgn plays a cameo in the film.

The team strictly avoided commenting on GST (Goods and Services Tax) and other political issues and answered questions related to the movie.

Other than Rawal, Kartik Aaryan, Kriti Kharbanda, the film also stars Sanjay Mishra, who plays a Pakistani in the film. Also starring Tanvi Azmi, 'Guest Iin London' is slated to release on July 5. 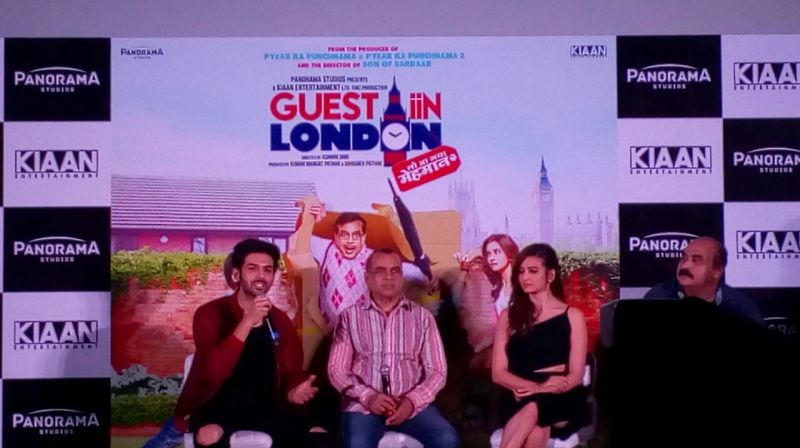