Sonam Kapoor’s wedding card is out and it’s all bits eco-friendly!

A few days after Sonam Kapoor announced her wedding, news was abuzz that the actress will distribute e-cards to her invitees.

Now the time has come when she sent across the cards, and apart from wasting paper, the e-invite also promotes an eco-friendly environment in all aspects!

Blooming with pictures of trees, plants and flowers, as well as having a green background, the mehendi, wedding and party cards are all too cute and thoughtful. See them here: 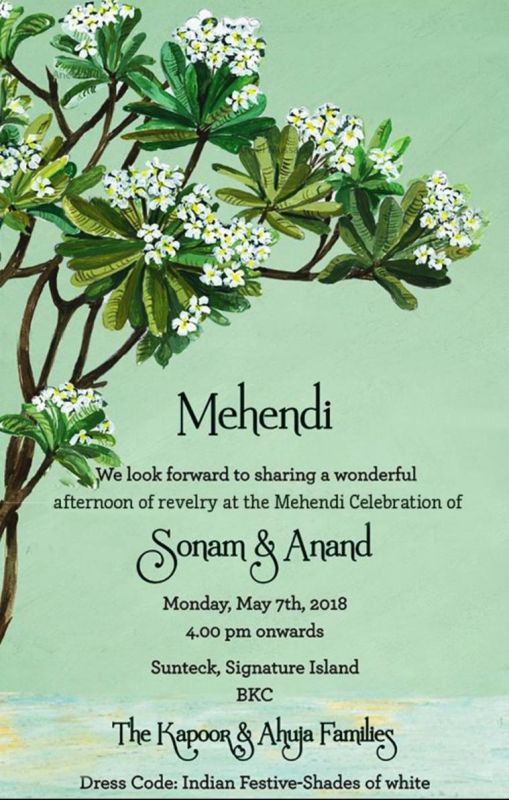 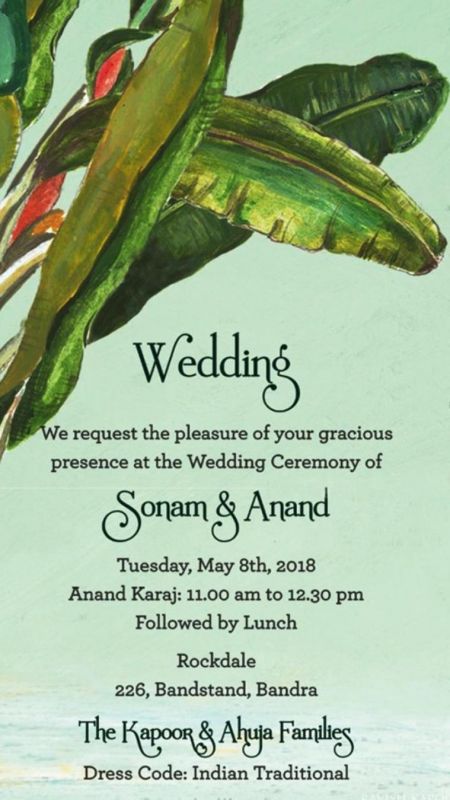 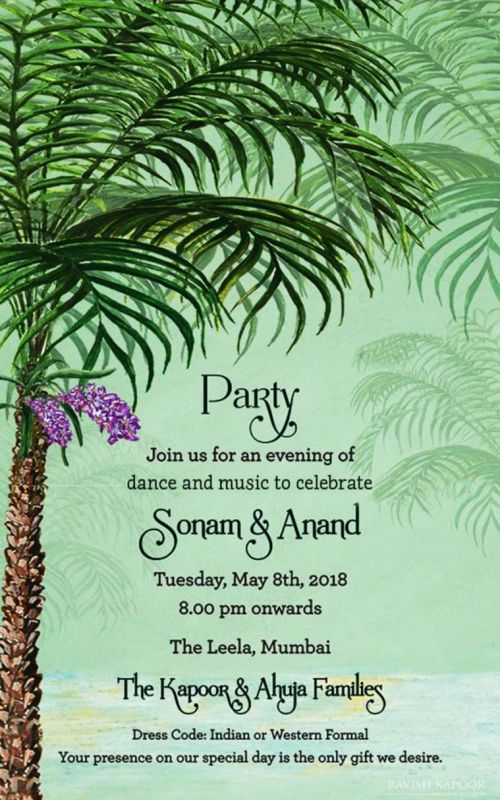 Sonam Kapoor is slated to get married on 8th May, with the Mehendi ceremony on Monday and a party after her wedding on Tuesday.

■Watch: Arjun is all set for Sonam’s wedding but she doesn’t have time for him
■This is what Sonam Kapoor’s to-be husband Anand Ahuja’s Delhi house is worth
■Farah Khan injures herself while shooting, will skip Sonam Kapoor's wedding?
■I will give her lots of love: Harshvardhan Kapoor on Sonam’s wedding