Mumbai: Akshay Kumar has got one of the best looking families in Bollywood. The actor, who has won National Award this year for his roles in ‘Rustom’ and ‘Airlift’, is headed to the venue along with his son Aarav and wife Twinkle Khanna.

Draped in a navy-blue and pink saree, Twinkle looks ethereal. Following his mother’s footsteps, Aarav is also seen in a light-coloured kurta. The man of the moment, Akshay Kumar, however, has suited up for the occasion and looks dapper. 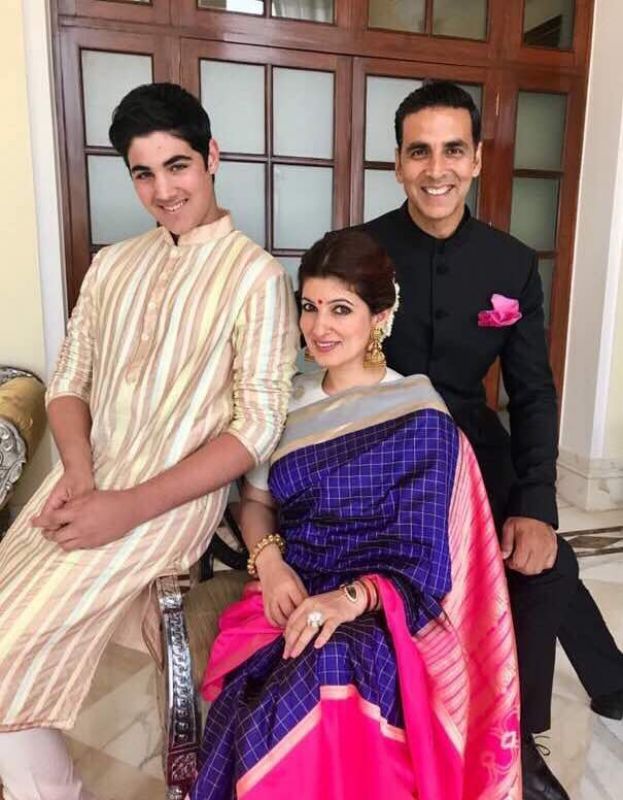 Hon’ble President of India gave away the Film Awards at the 64th National Film Awards Function being organized at Vigyan Bhawan, Plenary Hall on Wednesday 3rd May 2017 from 6:00 PM onwards. 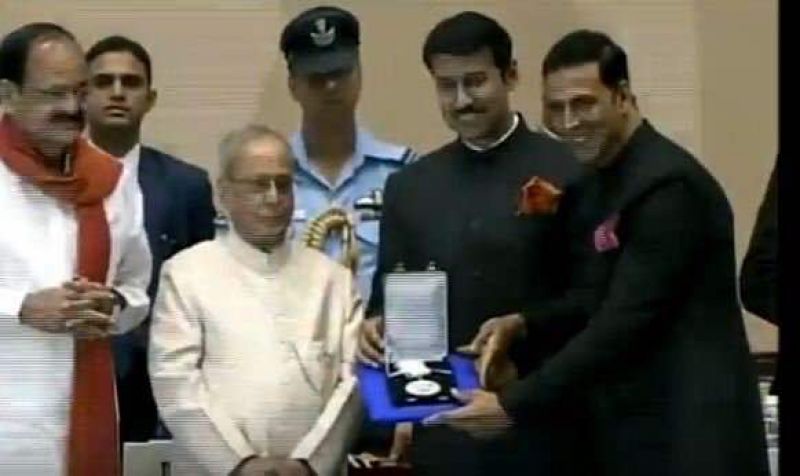 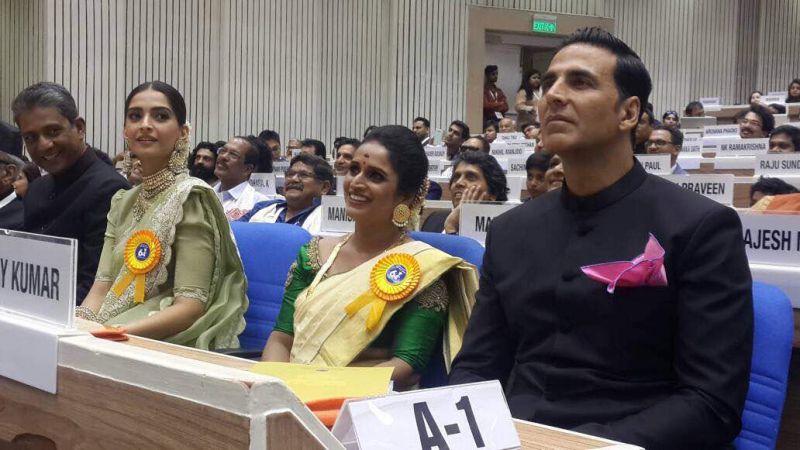 On April 7, the complete list of winners was announced in Delhi. While Akshay Kumar won Best Actor for his roles in ‘Rustom’ and ‘Airlift’, Malayalam actress Surabhi Lakshmi bagged the Best Actress award for her film ‘Minnaminungu’.