Shah Rukh Khan's Red Chillies and YRF studios have got an international crew onboard.

Shah Rukh Khan and his team launched a new motion poster of his upcoming thriller ‘Fan’. The film, that is being produced by Yash Raj Films has been using state of the art mechanism to ensure this film is perfect to the ‘t’.

If you thought ‘Jabra Fan’ fever has taken over the world, with it’s multiple and multi-lingual covers, here’s an added fact. We have learnt that the makers have signed up renowned Italian composer Andrea Guerra to create the background score for the film. 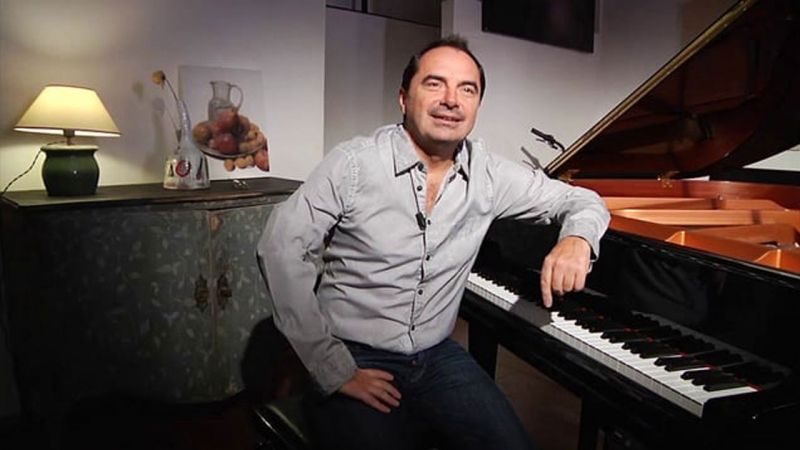 European Films Award winner Guerra, who has given background score to films like ‘Facing Windows’, ‘Hotel Rwanda’ and had previously composed the background score for YRF’s ‘Dum Laga Ke Haisha’.

The film’s director Maneesh Sharma has said, “We wanted a new musical mind for the background music of ‘Fan’ so having worked with Andrea in ‘Dum Laga Ke  Haisha’. I was convinced he was the right person for the job.'

The renowned special effects makeup maestro, Greg Cannom, who started work on developing Shah Rukh's look for the film, spent considerable time at the studio recently with the actor, director Maneesh Sharma and producer Aditya Chopra to get the right look for Gaurav’s character. Greg made headlines almost a year ago, when a picture of him combing SRK’s hair made its way online. 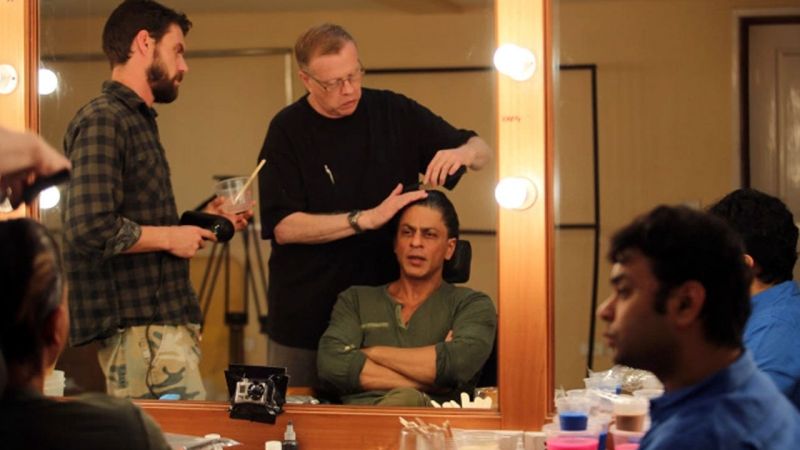 Three time Oscar winning makeup artist Greg Cannom, worked with Maneesh, SRK and Aditya Chopra to come up with the final look of the character Gaurav.

Three time Oscar winning makeup artist Greg, really doesn't need an introduction. In his career that spans for over three decade, he has been nominated for nine Academy Awards, apart from several other prestigious awards and was also the mastermind behind the iconic looks of Brad Pitt in ‘The Curious Case of Benjamin Button’, Robin Williams in ‘Mrs. Doubtfire’ and Gary Oldman in ‘Bram Stoker's Dracula’. In 2005, along with Wesley Wofford, he received a Technical Achievement Award from the Academy for the development of special modified silicone material used for makeup applications in motion pictures.

If those high octane action sequences in ‘Fan’ made your jaws drop, all credit goes to action director Seyoung Oh. He is a veteran in the industry in Korea, and has directed the stunts for several super hit Korean films, and also worked on 2015’s Marvel blockbuster ‘Avengers: Age of Ultron’. 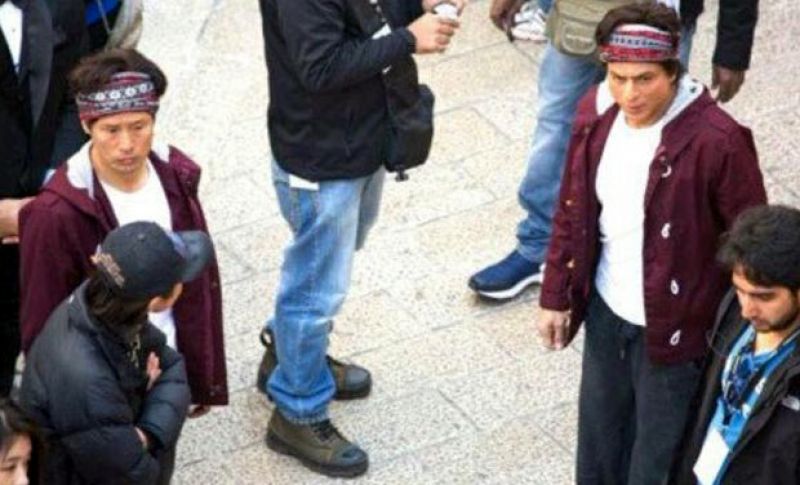 SRK with his stunt double on the sets of Fan

Be its background music, action or state of the art visual effects, ‘FAN’ promises to be an all round entertainer.