Vidya kicks off Tumhari Sulu prep, to be trained by diction coach for RJ role

Mumbai: After her intense and emotional role in ‘Kahaani 2: Durga Rani Singh’, Vidya Balan is all set to play a light-hearted character in her next ‘Tumhari Sulu’, where she plays a radio jockey.

The actress had recently taken to Twitter to post a picture along with the team of the film, one of the producers, Atul Kasbekar, director Suresh Triveni and others as the film kicked off. 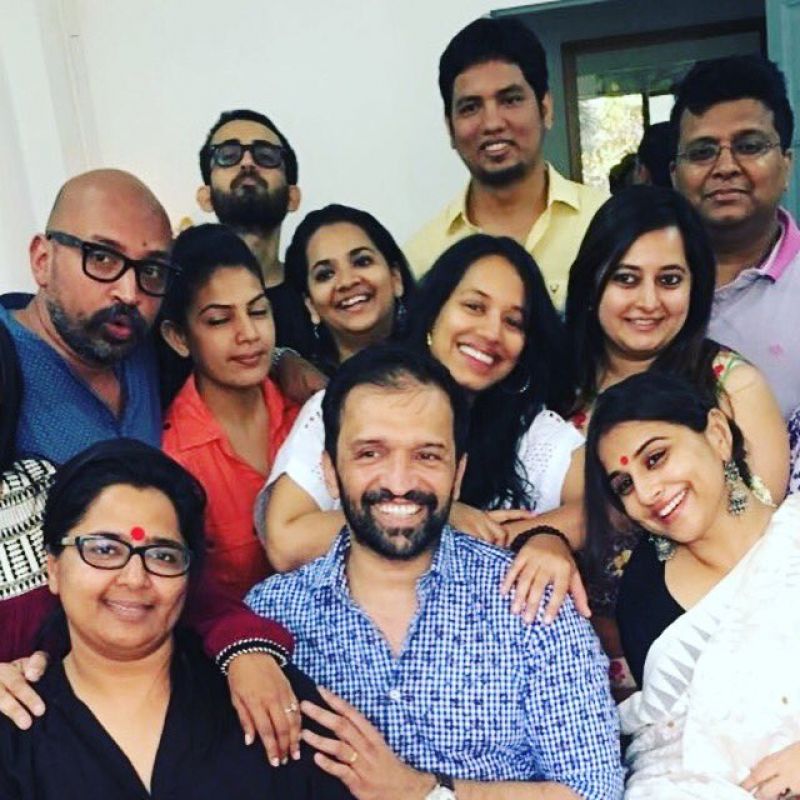 Vidya has also kicked off her preparations for the character, who is a housewife by the day but an RJ addressing queries from lonely listeners during the night.

A diction coach has been hired to train Vidya to learn the RJ lingo and style, reveals the director. He says, “I need her speech to have a new flow. It’s not tapori Hindi at all but the kind one hears in the ladies’ compartment of a Mumbai local train.”

He also said, "Middle-class housewives have been portrayed as hassled and troubled in Hindi films, but I'm a huge Hrishikesh Mukherjee fan and he showed that even middle-class families can be happy. I want the audience to walk out with a big smile on their face.”

Vidya has played an RJ before, in the much popular film ‘Lage Raho Munnabhai’.

About her look this time, he says, “Her look will be Indian but trendy. Her night show has a huge element of mischief. It’s a Vidya you haven’t seen before. We are currently auditioning a host of actors for the male lead.”

‘Tumhari Sulu’ is releasing on 1 December this year.