The prequel had starred Salman Khan.

Mumbai: Varun Dhawan starrer 'Judwaa 2' went on the floors today, 20 years after the original movie had released, in the presence of the producer-director jodi Sajid Nadiadwala, David Dhawan and the crew. 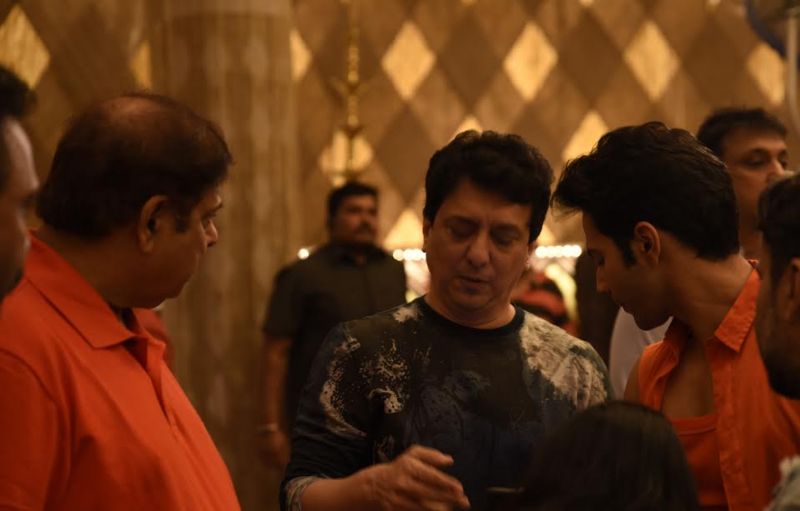 In the above picture, David and Varun are seen paying close attention to Sajid's narration. 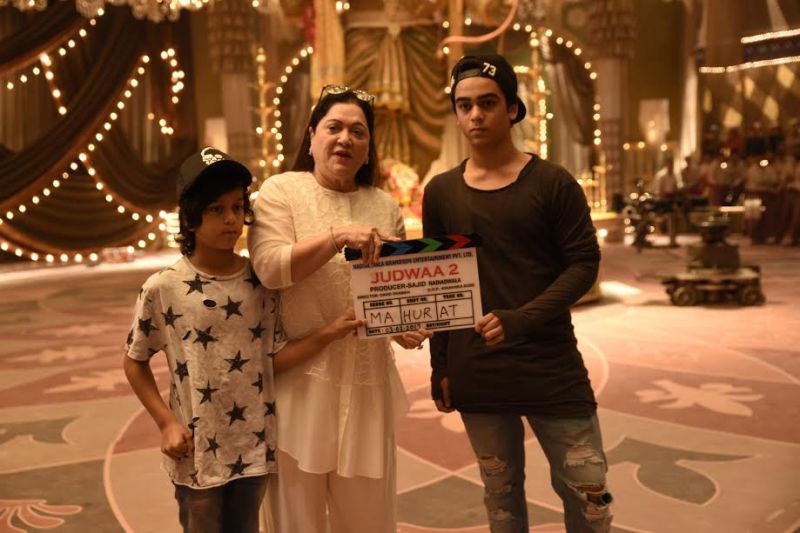 Sajid's mother Shafaqat Nadiadwala gave the first clap for the movie along with his sons.

Varun Dhawan is all set to play his career's first twin role in 'Judwaa 2' alongside Taapsee Pannu and Jacqueline Fernandez. The movie is slated to release on September 29.