Sridevi and her daughter Jhanvi Kapoor.

Jhanvi Kapoor and Ishaan Khatter’s Dhadak finally went on floors on Friday in Jaipur. And Sridevi seems to be pretty excited about her daughter's debut film. So much so that she joined Jhanvi on the sets of Dhadak. 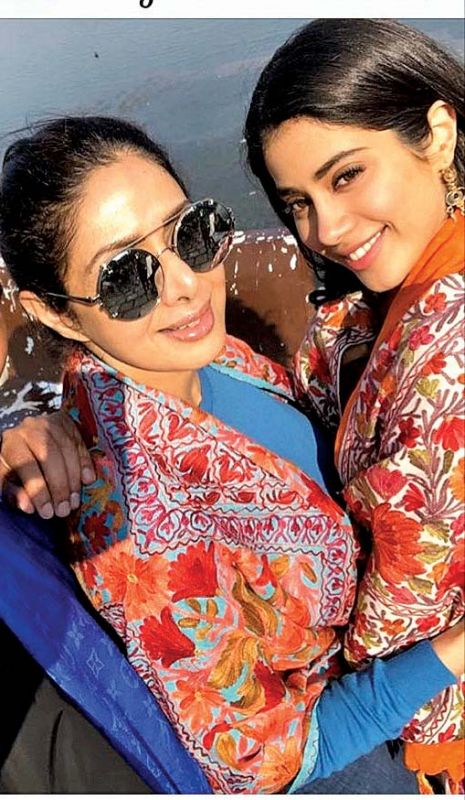 Directed by Shashank Khaitan, who has earlier directed Varun Dhawan in Badrinath Ki Dulhania, Dhadak will be produced by Karan Johar under Dharma Productions. Karan also delighted the fans by revealing the release date of the film, which is July 6, 2018.

Dhadak, is a remake of the Marathi film Sairat, which was made by Nagraj Manjule.