Priyanka Chopra with her ex-boyfriend's jacket on the show 'Dirty Laundry.'

Mumbai: Priyanka Chopra has never gone on record talking about her relationships though she reportedly has dated her co-stars.

And after international foray with back-to-back Hollywood projects, the actress hardly made news for link-ups unlike actresses here.

But her revelation on a TV show ‘Dirty Laundry’ in May about an ex-boyfriend’s jacket, which he showed the host, that ‘stopped being his and became hers’, brought her past love life back in the limelight.

Fans and Twitteratti were convinced that the jacket belonged to rumoured ex Shah Rukh Khan and collage of pictures showing both of them wearing the same jacket started doing the rounds. 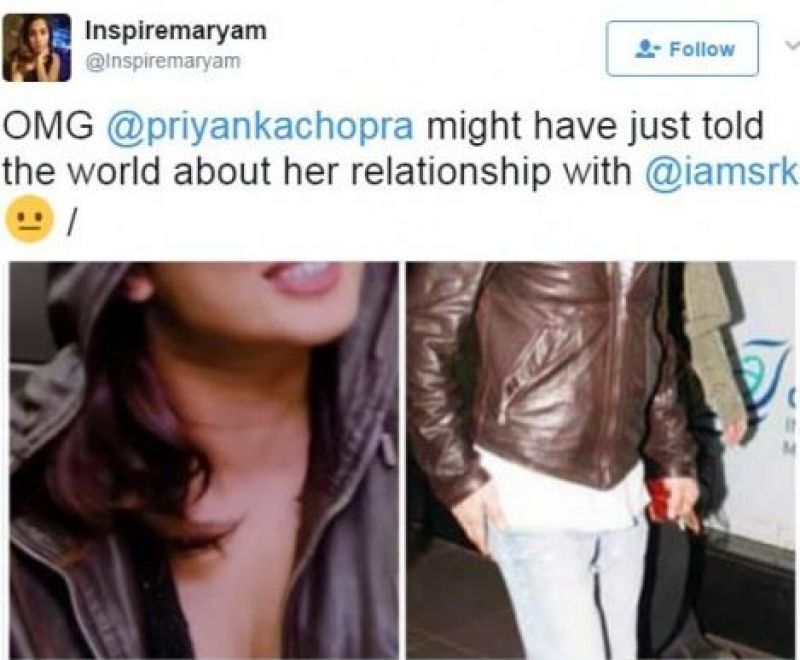 Moreover, when asked about her revelation in an interview to a leading magazine later, Priyanka was quoted as saying, “I call him MF.”

Even this quote of hers went viral, with several social media users pointing out that she was referring to an expletive based on the two letters.

The magazine has now apologised to the actress by publishing a corrigendum in their latest issue.

The magazine stated that they would like to withdraw the part of the interview titled ‘I’m all about girl love’ which was carried both online and print in the issue dated November 9, 2017.

It continues, "The part being withdrawn refers to a statement attributed to Priyanka that she never said, in her response to a question regarding the owner of an infamous jacket in context to a previous relationship. We express deep regret at having caused distress and anguish to both Priyanka Chopra and her millions of fans worldwide.”

While Priyanka might not have called her ex-boyfriend MF, but was he indeed Shah Rukh? This question might remain unanswered forever.