Mumbai: Speculations were rife that Kapoor will appear on Karan johar’s celebrity chat show ‘Koffee With Karan’ with his beautiful wife Mira Rajput Kapoor. Now Shahid himself has cleared the doubt by posting a self-explanatory picture on Instagram: 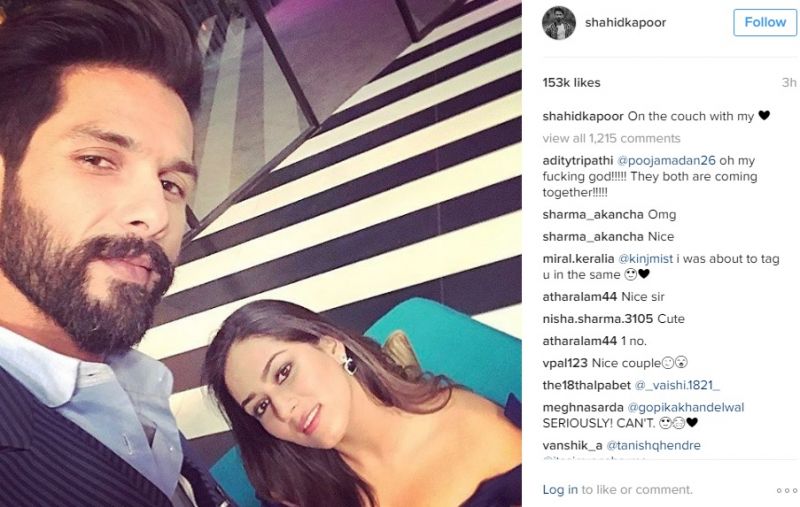 Confirming the news, Dharma productions tweeted: Guess who is making her debut with @shahidkapoor on the Koffee couch? #KWK@karanjohar 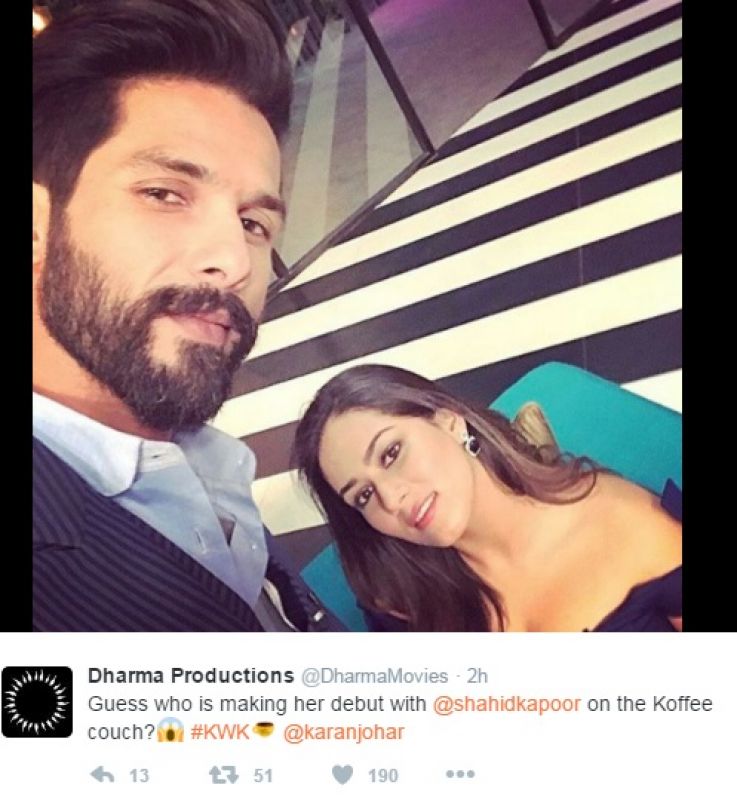 On the work front, Shahid will soon be seen in Vishal Bharadwaj’s period drama ‘Rangoon’. The ‘Haider’ actor has also started shooting for Sanjay Leela Bhansali’s period drama ‘Padmavati’ where he plays the role of Raja Ratan Rawal Singh, husband of Rani Padmavati.

■Exclusive: Parineeti-Aditya and Varun-Arjun to sip Koffee with Karan
■Confirmed! Salman bhai sips koffee with his brothers Arbaaz and Sohail!