Mumbai: We saw pictures of Kangana Ranaut on the sets of Hansal Mehta’s 'Simran’ in the USA, a film in which she plays a Gujarati girl.

A video of the cast and crew partying after the wrap up was seen on social media recently.

Kangana recently returned after almost two months of the gruelling schedule and got the media persons and fans all excited at the airport. And without wasting much time, the actress has gone into work mode for her film ‘Rangoon’.

The trailer of the film is set to be launched in the second week of December and  Kangana was snapped post her dubbing sessions for the trailer on Thursday. 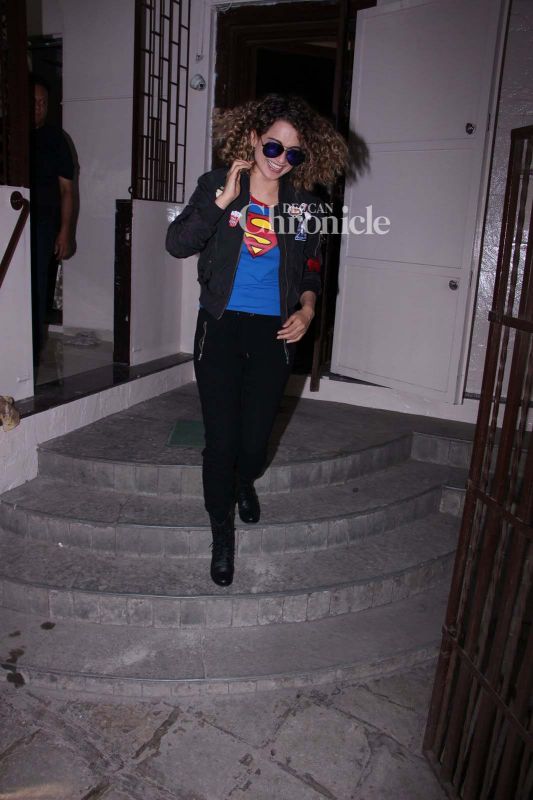 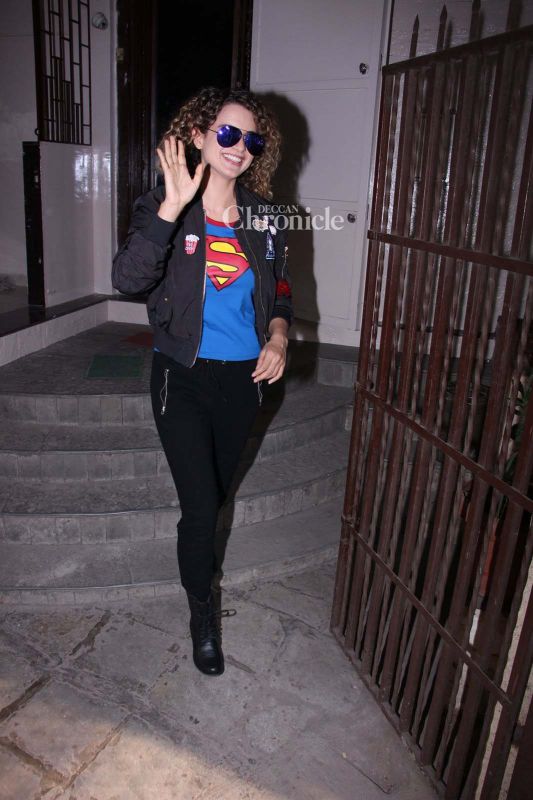 The actress is taking all efforts to ensure that the red carpet of the trailer launch event is a grand success.

A source close to her confirmed, "Kangana is keeping extremely busy as she's dubbing for Rangoon as well as preparing for her red carpet look. She wants it to be nothing short of perfect." With so much anticipation and preparations, we just cannot wait to see the trailer of the movie.

■Kangana's Rangoon a biopic of B'wood's first female action star, Hunterwali Nadia?
■More delays for team Rangoon
■Kangana Ranaut had to change in the open during the making of Rangoon
■'Don't want to fall short of people’s expectations': Shahid Kapoor on 'Rangoon'