Mumbai: When you have Raj Kapoor's legacy to back you, you're bound to end up in the movies.

And as per latest reports, confirmed by a renowned Trade Analyst, following the steps of Kareena Kapoor Khan and Ranbir Kapoor, Raj Kapoor's grandson Aadar Jain will soon be making his feature film debut, in none other than Aditya Chopra's upcoming production. 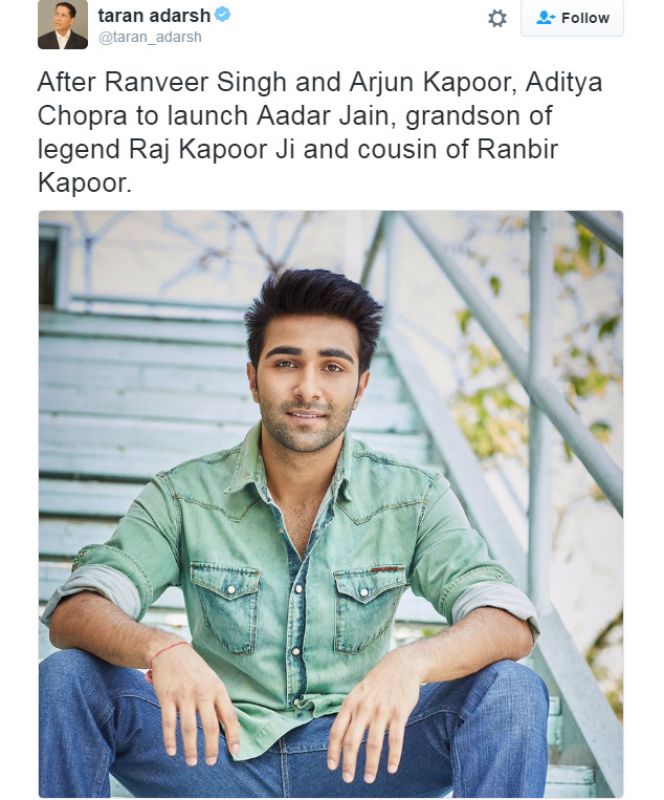 Adi, who's gearing up for the release of his third directorial, 'Befikre,' starring Ranveer Singh and Vaani Kapoor, has officially taken the young boy from Bollywood's 'First Family,' onboard, and will cast a newcomer opposite him.

With Raj Kapoor's legacy being taken forward by the likes of Karisma Kapoor, Kareena Kapoor Khan and Ranbir Kapoor, with a launch as grand as this, Aadar, an alumnus of the Lee Strasberg Theatre and Film Institute, has all the right ingredients going for him. He had also assisted Karan Johar on his recent successful Ranbir Kapoor-Anushka Sharma-Aishwarya Rai Bachchcan starrer, 'Ae Dil Hai Mushkil'.