Shah Rukh Khan’s 50th birthday last year was celebrated in a grand manner with the actor even interacting with the fans and media at an event. But this time around, he has chosen to keep it low-key and has set out to Alibag.

Sanjay Kapoor shared a picture from Alibag on Instagram where he is posing with his daughter Shanaya Kapoor and Shah Rukh, captioning it ‘birthday celebration with the scorpions’. Shanaya also celebrates her birthday on 3 November and it seems that the celebrations would go on for another day. 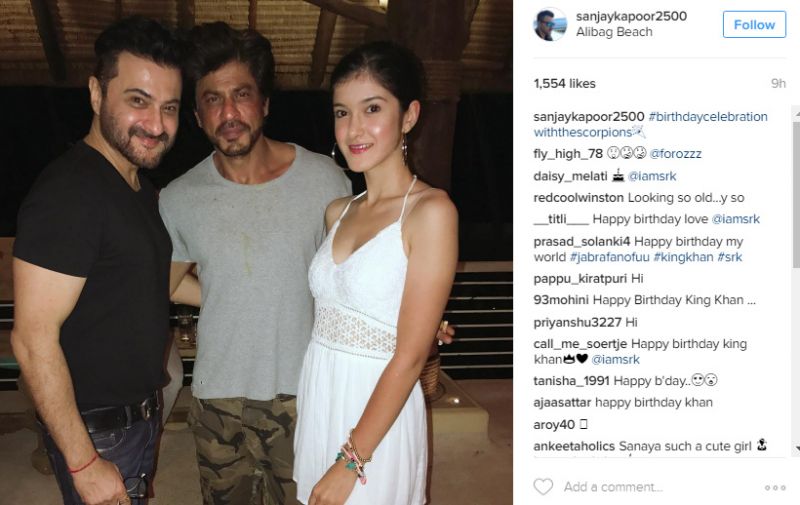 Shah Rukh had also celebrated his 25th marriage anniversary with Gauri Khan a few days ago.

Shah Rukh’s fans would be hoping that the star celebrates again his birthday with them again once he returns to Mumbai.