King of romance SRK, Queen of hearts Aish and Prince Charming Ranbir in one frame!

On Shah Rukh Khan's birthday, Dharma Productions wished the actor in the most unique way possible.

Mumbai: As the world celebrates Bollywood's King Khan, Shah Rukh's birthday today, here's something that will brighten up your day. By now, everybody knows that Shah Rukh Khan has a cameo in Karan Johar's 'Ae Dil Hai Mushkil' but there hasn't yet been a clean picture with the three, Aishwarya, Shah Rukh Khan and Ranbir, in one frame. Well, until now.

On Shah Rukh Khan's birthday, Dharma Productions wished the actor in the most unique way possible. They finally unveiled the original still from the film on their official Twitter account.

In the same frame, we see the King of romance, Shah Rukh, the Queen of hearts, Aishwarya and the Price of charm, Ranbir. 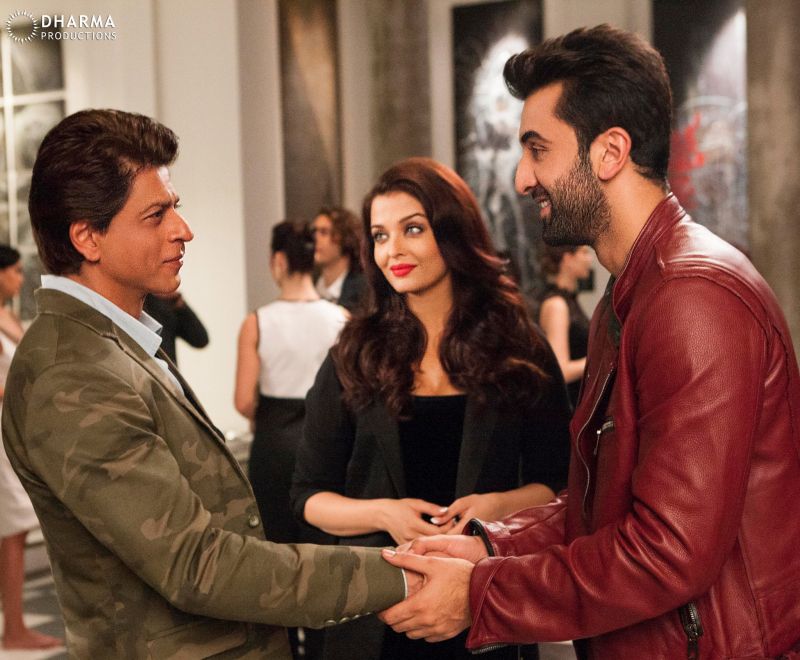 Meanwhile, 'Ae Dil Hai Mushkil' is doing a great business on the silver screen and also succeeded in earning good response from the audiences.