Vishal-Shekhar composed the music for three of Farah's four directorials.

Mumbai: Farah Khan and Vishal Dadlani go back a long way. Vishal along with Shekhar Ravjiani had composed the music for three of Farah’s four directorials. Vishal even did brief cameos for her in ‘Om Shanti Om’ and ‘Tees Maar Khan’.

It comes as no surprise, hence, that Farah would want to come out in support of her composer buddy, considering the amount of backlash the much admired singer has been subjected to, post his infamous comment on the Jain monk, Tarun Sagar.

Speaking at a press conference for the Indian Television Academy, Farah said, “As a friend I support Vishal in each and every way. If we say our country is a democratic country then people should have the freedom to say what they want to.”

Vishal Dadlani had taken to twitter to react to the Jain monk’s tryst at the Haryana Assembly, by lambasting the monk, which a major segment, including Arvind Kejriwal found to be unsavoury and distasteful. 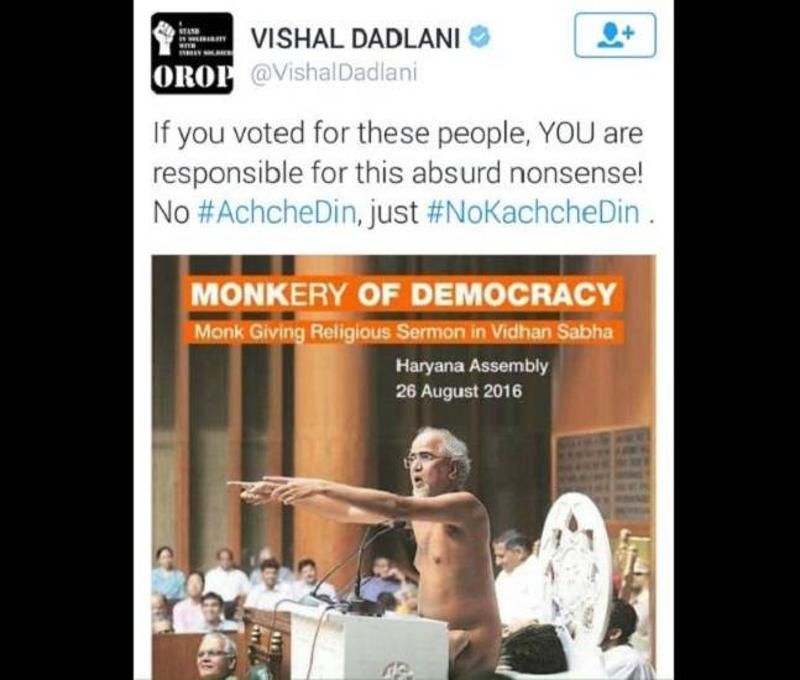 Vishal later took to twitter to apologise for his comments, profusely, even though a lot of his peers came out in support of his right to freedom of speech.

Vishal also wrote an open letter to the monk, reiterating his apology. Vishal also tried to clarify that his intention was to criticise the merger of religion and politics, and not the monk himself.