In the world of glamour all thrive on success. Late or early, fast or slow, everyone wants to be there where they imagined themselves to be. But is that really possible? Or are just the thoughts enough to achieve that level of success? Well, Aakash Dabhade this year completed 10 years in Bollywood (a decade) and he said I believe even if you come from a non filmy background it's difficult but not impossible to establish yourself as a good actor.I thank Raju sir that he saw my acting ability and gave me chance and 3 idiots happened. 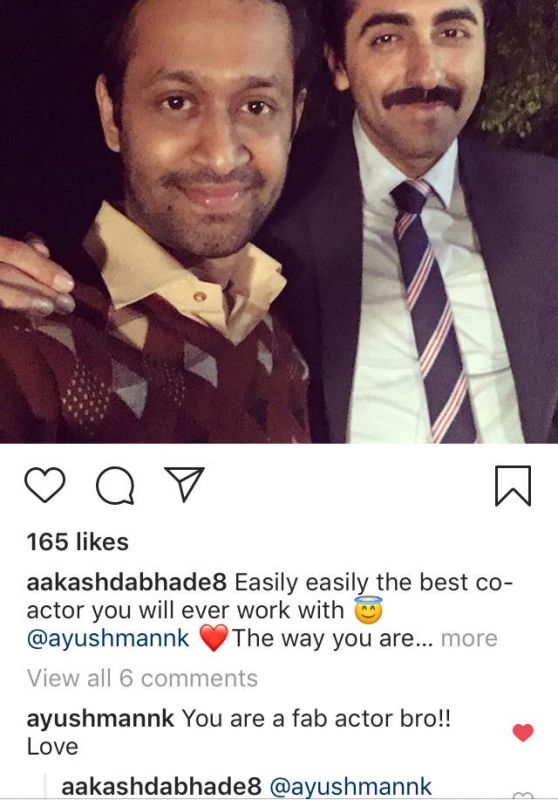 Talking about Article 15 ‘I am really happy that people are loving the film. I am getting all the positive messages about the film and for my performance as well. Not just via messages even people are appreciating on social media ,Instagram and Facebook and I am happy people are loving it because it is one of the most relevant and important films of this year.

As an actor you always want to be a part of such films. Article 15 of our constitution is about equality for all irrespective of caste, religion and community. Film is all about this and nothing else. Article 15 is a hard hitting commentary on ill effects of caste system.

Working with Ayushmann was a super cool experience and he is probably one of the best co actors . He acts and lets you act. He is a very sincere actor which is reflected in his eyes on screen and because of that he could pull off Ayan Ranjan the cop in article 15 with full conviction. Not just on personal level he is one of those rare actors who compliments on social media also, says Aakash.

I thank Anubhav Sinha sir for making me a part of article 15. He is the  coolest, smartest and sorted director I have come across. He shot the film in March and released it in June. That’s the fastest release I have ever seen.

Aakash’s next release is Penalty, a sports drama where in he plays a football coach starring Kay Kay Menon, Lukram Smil which is set to release on 19th July 2019.