Mumbai: Bollywood diva Sonakshi Sinha is turning a year older on June 2 and we can’t help ourselves from looking at what a splendid journey she has had so far. In a short span of time Asli Sona (as she is fondly called by the fans) has managed to carve a special place in the hearts of the audience.

Here is a look at top 5 performances of the Birthday Girl:

Sonakshi Sinha made her debut as the gorgeous yet witty Rajjo. Her famous dialogue from the movie, “Thappad se darr nahi lagta sahab pyar se lagta hai.. “ is still remembered by one and all. She will soon be seen in the third instalment of the movie and people are wanting to see the same magic all over again.

Dabangg (2010) has been the highlight of her career so far. She sizzled with that innocent yet charming role in the movie opposite Salman Khan. A lot of criticism at first but success soon followed. She went on to feature in its sequel in 2012.

While Sonakshi managed to smash box office records with her very first film but it is with Lootera that she managed to khamosh her critics.  It was an unconventional love story based on O. Henry's The Last Leaf.  Her portrayal as Pakhi is remembered by one all till date and the movie is considered as a timeless classic.

Sonakshi is known to be a versatile actress and she proved that yet again with Ittefaq , which was a murder mystery. In this movie Sonakshi played the role of one of the suspects and she manages to hit all the right notes with this role of hers. 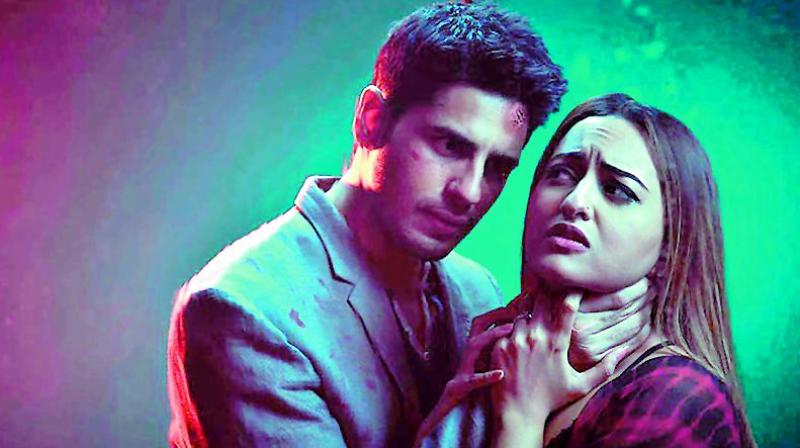 A still from Ittefaq

While Sonakshi has been a  part of a lot of action drama films such as Rowdy Rathore, R..Rajkumar but we had not seen her perform any of the high octane stunts but Akira changed all that. While Akira may not have been able to get the desired numbers at the box office but Sonakshi’s performance in that movie and her action sequences are all praise-worthy!

Sonakshi was last seen in the movie Kalan which also starred Alia Bhat, Varun Dhawan, Sanjay Dutt, Aditya Roy Kapur and Madhuri Dixit in the lead roles. Even in this multi-starrer movie, Sonakshi managed to leave her mark with her superlative acting.

While these are some great movies that Sonakshi has been a part, even in the year to come Sonakshi has some meaty roles in her kitty. As per the reports, she would be next seen in Mission Mangal, which also stars Taapsee Pannu, Vidya Balan, Akshay Kumar. There is also a lot of excitement regarding the third instalment of the cop drama Dabangg 3 in which she will be paired opposite Salman Khan for the role of Rajjo Pandey. Sonakshi will also be a part of Bhuj: The Pride of India.

We are looking forward to all these and more and would like to wish Sonakshi the very best!