Rajkumar Hirani introduced his audiences to the many lives of Sanjay Dutt through his teaser some time back.

He then unveiled some looks of Ranbir Kapoor as Sanju baba (with wrinkles and post his release) through ‘Sanju’ posters.

As the director promised, he introduced us to Sanjay Dutt’s 90s with Ranbir Kapoor’s intense look and exact hairdo from the ‘Sadak’, ‘Saajan’ and ‘Khalnayak’ phase. 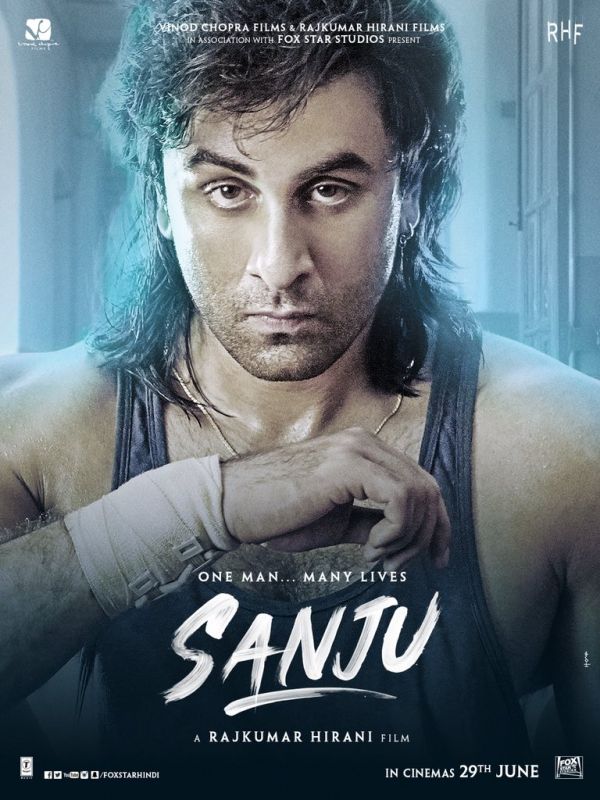 If one remembers, 90s is the phase where Sanjay Dutt went through a major life transformation, not only in his movies but also in life generally.

He got distanced from his then wife Richa Sharma, who was then diagnosed with cancer, and their daughter Trishala.

This is when the actor was (strongly speculated) dating Madhuri Dixit-Nene, but their alleged relationship came to an abrupt end after Sanjay got arrested in the 1993 bomb blast case for illegal possession of arms.

The actor shifted his focus to gymming (even inside the jail) during the phase, which can be seen through his well-built.

Now it is to be seen which look Rajkumar will unveil on Thursday, as his teaser promised to tell the story of young Sanjay Dutt (from his first film ‘Rocky’).